Muzaffarnagar: Six migrant workers have been killed and five others seriously injured when a speeding bus ran over them on the Delhi-Saharanpur Highway near here, officials said on Thursday, May 14.

The accused driver, who was suspected to be under the influence of alcohol, has been arrested, said SSP Abhishek Yadav.

The workers were going on foot to their homes in Bihar from Haryana when they were hit on the Delhi-Saharanpur Highway between Ghalili Check Post and Rohana Toll Plaza, about 20 km from here late last night, the official said.

The injured Sushil, Nathu Saini, Pawan Saini, Pramod, and Ramji Rai were rushed to the hospital. Two of the deceased were identified as Bijender, 25, and Harsh, 20. The rest were yet to be identified.

In another incident, Eight migrant workers were killed and nearly 50 others injured when the bus in which they were traveling collided with a truck near Guna town in Madhya Pradesh on Thursday morning, police said.

“The accident took place between 3 am and 4 am when the victims were on their way to Uttar Pradesh border from Maharashtra,” Cantt police station in-charge Madan Mohan Malviya said.

The injured persons were rushed to a nearby district hospital.

“Policemen involved in the rescue work were later quarantined in the wake of the COVID-19 scare,” another police official said. 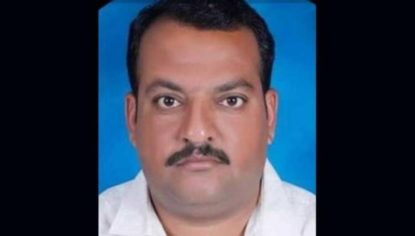