All eyes on SC as ruling coalition gasps for survival 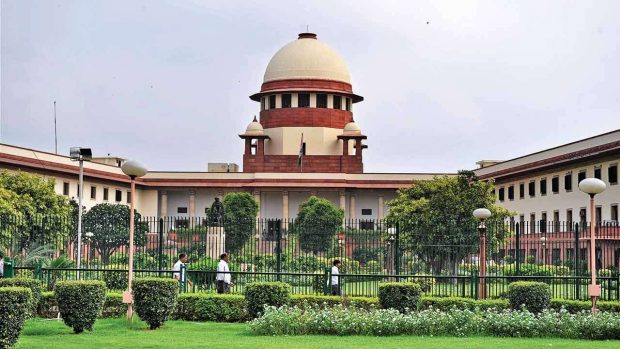 Bengaluru: As suspense mounted over the fate of the 14-month-old Kumaraswamy government in Karnataka, the Supreme Court will deliver on Wednesday its crucial order on the pleas of 15 rebel Congress-JD (S) MLAs seeking a direction to Assembly Speaker to accept their resignations.

The court decision capped high-voltage arguments Tuesday during which Chief Minister H D Kumaraswamy said the rebel MLAs are “hunting in a pack”, alleging their motive is to bring down his government while the dissidents submitted Speaker K R Ramesh Kumar wants to prop up a government which has lost majority.

The Speaker on his part said that he, being a constitutional functionary, cannot be directed to first decide on the resignations of the MLAs and thereafter the pending disqualification applications.

The chief minister is due to face a trust vote on Thursday and his government could collapse ahead of it if the resignations of the rebel MLAs are accepted by the Speaker.

A bench headed by Chief Justice Ranjan Gogoi said it was not restraining the Speaker from deciding the disqualification but was only asking him to ascertain whether the rebel MLAs voluntarily resigned.

The bench, also comprising Justices Deepak Gupta and Aniruddha Bose, also said the apex court had given a “very high status” to the Speaker while interpreting the anti-defection law decades ago and “probably that needs a re-look after so many years.”

The bench said there are rival submissions on the issue of resignation and disqualification of MLAs and “we will do the required balancing.”

With the support of the two independents who have withdrawn support, the opposition BJP has 107 MLAs in the 225-member House, including the nominated MLA and Speaker.

If the resignations of the 16 MLAs are accepted, the ruling coalition’s tally will be reduced to 101. The nominated member too has a right to vote.

Speaker Kumar said he is working in accordance with the Constitution and was performing his duty.

“Ultimately, what the Supreme Court will come out with (its verdict), after going through that, I will respond,” Kumar told reporters in Kolar district.

“I will only perform my duty..every one will have to wait till tomorrow.”

In a bid to keep their flock together ahead of the floor test, the Congress, BJP and JD(S) have shifted their MLAs to resorts.

The Congress Tuesday shifted its MLAs from a hotel in the city to a resort on the outskirts, amid fears that some more legislators may resign.

During the hearing, the court also questioned the contentions of the Speaker that the issue of disqualification has to be decided first by asking him what was he doing till July 10 when the MLAs had resigned on July 6 itself.

“On July 6, they (rebel MLAs) say they had given their resignations. The Speaker did not do anything untill the Supreme Court’s order (of July 11),” the bench said, adding, “What is the scope of the pending disqualification”.

“Pursuant to the court’s order, they appeared physically before the Speaker. Then why he (Speaker) did not decide it? He (Speaker) is saying that he will take time in deciding this. What does he mean by this?”

Senior advocate Rajeev Dhavan, appearing for Kumaraswamy, said these rebel MLAs are “hunting in a pack” and the Speaker cannot “turn a blind eye” to it since their motive is to bring down the government.

Senior advocate Mukul Rohatgi, appearing for rebel MLAs, said the Speaker is acting in a “partisan” and “malafide” manner by not accepting their resignations and he has “frustrated” the fundamental rights of these lawmakers to resign.

He said as per constitutional rules, the Speaker has to take an “immediate” decision on resignations and by not doing this, he is “flouting the rules”.

“Here is a government which has lost majority in the house and here is a Speaker who wants to prop up this government,” Rohatgi said, adding that resignation is different from disqualifications proceedings, which is akin to a time taking “mini-trial”.

He said the whole design not to accept resignations and keep the disqualification issue pending is for making the ruling coalition issue a whip to their MLAs to act in a particular manner when the confidence motion is put to vote on July 18 as any contrary action would invite disqualification.

Senior advocate A M Singhvi, appearing for the Speaker, said disqualification pleas against the MLAs were filed prior to their resignations on July 11 when they physically appeared before Speaker.

“It is a common ground that 11 out of these 15 MLAs have handed over their resignations physically to the Speaker on July 11,” he said, adding, “resignation cannot be a ground to frustrate the disqualification proceedings”.

However, when Singhvi was making the submissions that the MLAs had earlier not made their physical appearance before the Speaker, the bench asked, “What stopped you (Speaker) from taking the decision when these MLAs physically appeared before you on July 11 after this court passed the order”.

“What stopped you (Speaker) to say whether the resignations were voluntary or not?,” the bench asked the senior advocate, who said the “Speaker was taking a holistic view before deciding the resignations”.

Singhvi said that there is a one-page affidavit of the Speaker seeking modification of its interim order by which he was asked to maintain status quo so that he can decide the issue of resignation of these MLAs.

While he was making this submissions, the bench said, “Very well. You decide the resignation at the earliest and then decide the disqualification”.

Singhvi said the apex court does not have such jurisdiction to ask the Speaker to act in a particular manner or to decide the issue of resignation in a time-bound manner.

He also submitted that the Speaker can take decision on both the issues — disqualification and resignation — if asked by Wednesday.