Allegations of attack on nuns in UP ”wrong”, says Piyush Goyal 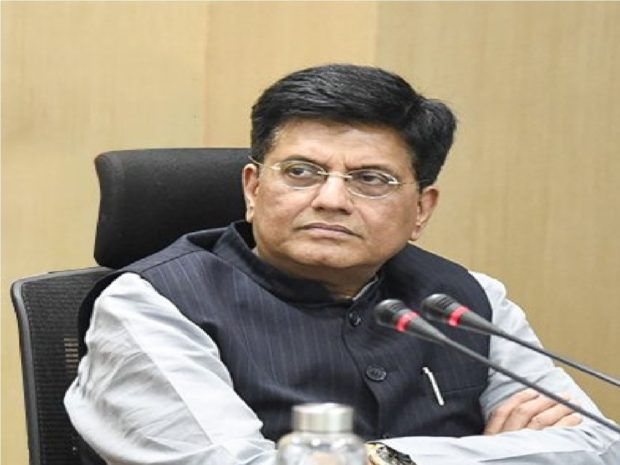 Kochi: Union Railway Minister Piyush Goyal on Monday dismissed as wrong the allegations that two nuns belonging to a Kerala-based congregation were “attacked” during a train journey via Uttar Pradesh recently and alleged that Chief Minister Pinarayi Vijayan was “making false statements” on the issue.

“There was no attack on any nun whatsoever…the Chief Minister of the state (Kerala) is completely lying and making false statements when he says that,” Goyal told a press conference here.

The alleged incident that occurred at Jhansi railway station on March 19 had its echoes in poll-bound Kerala last week with Chief Minister Vijayan taking it up with the Centre and Home Minister Amit Shah promising strong action.

Goyal said the local police, after receiving a complaint against the nuns, made an investigation whether the complaint was correct.

“There was an allegation. Some people made a complaint (against the nuns). It is the duty of the police to find out whether the complaint is correct or wrong. Police made enquiries. Checked all their documents, made enquiries (to ensure) that they are genuine passengers going for the correct purpose and then immediately let them go,” the minister said justifying the police action.

The Railway Minister dismissed the allegations that the alleged student activists associated with a Sangh Parivar outfit bogged the nuns down and pulled them out of the train.

“That is absolutely wrong”, he said.

The minister said if anybody complains, it is the duty of the police to launch an investigation.

The minister did not say who made the complainant against the nuns.

According to officials in Jhansi, the nuns were detained on March 19 after local Bajrang Dal activists complained that two women were allegedly being taken forcibly for religious conversion.

The police had said there was no basis in the complaint and all four women later took the next train to their destination in Odisha.

Shah, who was in Kerala to campaign for the party ahead of the April 6 Assembly polls, had said, “I want to assure the people of Kerala that the culprits behind this incident will be brought to justice at the earliest.”

In a memorandum addressed to Shah, Alphonse had said, “Such incidents perpetrated by fringe elements and groups create a sense of insecurity in our minority community.”

Kerala BJP general secretary George Kurian had written to UP CM Yogi Adityanath on the issue.

Lashing out at the BJP over the incident, Chief Minister Vijayan had urged the Centre to take action, saying such incidents tarnish the image of the nation.

In his letter to Shah, Vijayan had sought strict action against those “who disrupt and impair the freedom of individual rights” guaranteed by the Constitution.

Vijayan had told reporters that the Constitution gives freedom to everyone in the country to believe and not to believe in any religion.

He had also alleged that Uttar Pradesh is notorious for such matters.

“All such illegal activities are taking place under the BJP government there. It should also be taken seriously that all this is happening on an uncontrolled scale,” Vijayan had said

BJP worker’s mother succumbs to injuries sustained in ‘TMC attack’ in Bengal
Want to keep surprising myself as an actor: Vijay Varma