Jammu: A militant was today killed as Army foiled an infiltration bid along the Line of Control in Sunderbani sector of Rajouri district

The troops deployed along the LoC detected the movement of terrorists along the LoC, a Defence Spokesman said.

Troops engaged the infiltrating terrorists with effective automatic fire while drawing heavy retaliatory fire, he said adding a militant was eliminated in the operation while the other members of the group fled towards Pakistan Occupied Kashmir.

The body of the militant has been recovered along with a weapon and ammunition, he said.

“This action by the Army assumes significance in view of the large number of intelligence reports of likely terrorist attacks around 26 January,” the Spokesman said.

“Pakistan continues in its nefarious designs of supporting and abetting infiltration across the LoC,” he said adding the Army is keeping a strict vigil across the LoC and is prepared to thwart any designs of Pakistan-sponsored terrorists. 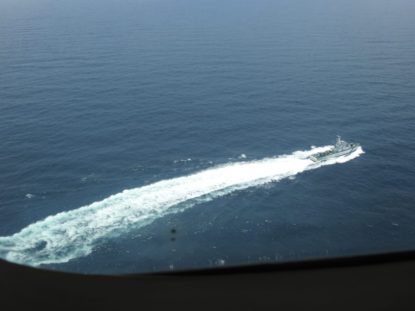