“Yes, Shivakumar was summoned by the income tax officials. They have been calling the other family members and relatives,” Shivakumars younger brother and MP D K Suresh told PTI.

According to the family sources, the leader had sought exemption from appearing before the officials as he has to campaign for the byelections scheduled for December 5.

But, the sleuths did not permit him and asked him to depose before them.

It is learnt that in the next few days his other family members would also appear before the officials.

The troubleshooter of Congress was recently released on bail from Tihar jail where he was lodged in a money laundering case filed by the Enforcement Directorate.

‘Not possible for us to work together,’ says Pawar after PM Modi’s offer
NASA finds debris of Chandrayaan 2’s Vikram lander on Moon 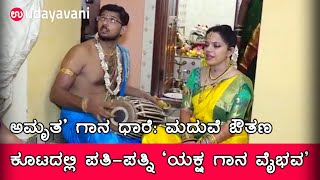 The tragic story of a comedian, J.P. Chandrababu

Show your unity on the floor of the House: Gehlot at party meet

Rajinikanth to hit 45-year mark in filmdom, thanks fans