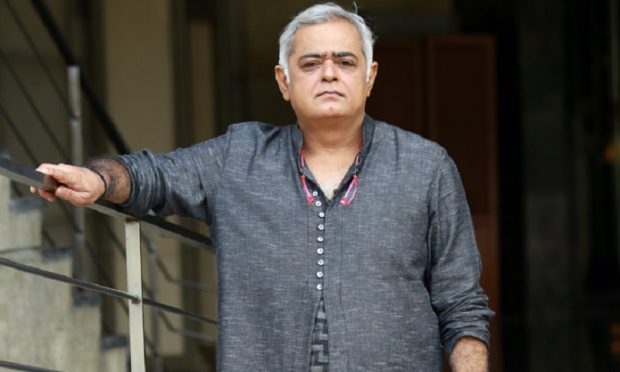 Mumbai: Much like Pratik Gandhi’s oft-quoted dialogue from their superhit web series “Scam 1992: The Harshad Mehta Story”– “Risk hai to isk hai”– director Hansal Mehta says his journey has also been about taking chances regardless of failure.

The filmmaker said 11 years ago he decided to only do what he “enjoys”, and since then life has been about working on stories that are close to his heart, travelling and cooking.

“Eleven years ago, I decided I will only do what I enjoy. When I say, enjoy, it is like the story should come from within me, the characters should be those that I could discover through the process of making the film.

“And in that, even if you take risks and if you fail, you pick up the pieces, get up and start all over again. I have started my life all over again so many times that it doesn’t worry me,” Mehta told PTI in an interview here.

The 54-year-old filmmaker, also known for critical hit movies such as “Shahid”, “Citylights”, and “Aligarh”, said he is cherishing the current phase of his professional life.

“Creatively (I am in the) most active phase of my career. I am enjoying this phase a lot. I am making films that I want to and at the same time, I am also enjoying a good life, I travel, cook, have ample time for friends, listening to music, writing. It is a good space to be in,” he added.

This phase is not only creatively enriching but also his busiest.

Coming up, Mehta has a murder mystery movie with Kareena Kapoor Khan, which is currently in production in London; an action-drama with Kartik Aaryan; “Scam” season two and a web series on Mahatma Gandhi which reunites him with Pratik Gandhi.

Asked if it is overwhelming to work with popular stars, the National Award winner on the contrary said, it is a “privilege” for him.

“I love actors and love directing them and working with them. I neither get overwhelmed or bogged down,” he said.

After many misses at the box office in the early 2000s such as “Dil Pe Mat Le Yaar!!”, “Chhal”, and “Woodstock Villa”, his career turnaround came with the biopic on slain lawyer Shahid Azmi in 2013, which won him the National Film Award for best director.

Looking back, the filmmaker said he takes pride in all his past work.

“I take pride in my work and I include the work that is also very indifferent and not very good. The expectations that people have puts a responsibility on me and I take that seriously.

“At the same time, I remind myself that whatever I have achieved is because I followed my heart and I set myself free to explore things without any fear. When I look at life ahead, it is to make films without fear,” he added.

At a time where any and every piece of art can hurt sentiments of people, the Mumbai-born director said it is possible for storytellers to fearlessly.

“My intention has never been to sensationalise or to court controversy. The idea is to tell stories that otherwise remain untold, tell stories about our world so the future generations know the world they have inherited from us.”

Over the years, Mehta believes his process of filmmaking has evolved. Now, his method is more free-wheeling, improvisational and not bound by a script.

“I want democratic environment in which everybody is collaborating towards telling the story in the best way possible and creating an environment of free creativity,” he said.