Bengaluru: The South Western Railway on Monday said that the first rake of Special Utility Vehicles (SUV) after lockdown took the rail route from Penukonda to New Delhi.

On Sunday, KIA Motors loaded one New Modified Goods (NMG) rake of SUVs from Penukonda in Anantapur district of Andhra Pradesh, which is under the jurisdiction of Bengaluru division of the SWR zone.

The consignment is booked from Penukonda to Farkhanagar (near Delhi), according to a SWR statement.

“This first rake of 25 NMGs which left for New Delhi are carrying about 100 numbers of Seltos SUVs,” the SWR said.

The second rake of SUVs of KIA motors was loaded from Penukonda on Monday morning, it said.

“This is for the first time ever that in one day, two loads of NMG rakes were loaded from Penukonda of Bengaluru Division,” the statement read further.

The SWR said it is hoping to capture the movement of automobiles from the road traffic by providing quick and easy solution of transportation in future.

Rail transport ensures the automobiles go in their best original condition to their destination, it added.

“Railways are looking forward to picking up this traffic with KIA Motors and TCL for dispatch of their SUVs and Tafe brand tractors on a regular basis,” the SWR said.

Even during the lockdown in April, Bengaluru Division of SWR has loaded tractors from Doddaballapur Railway station for a distance of approximately 2,158 Km to Phulera, the statement added. 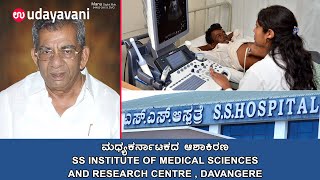