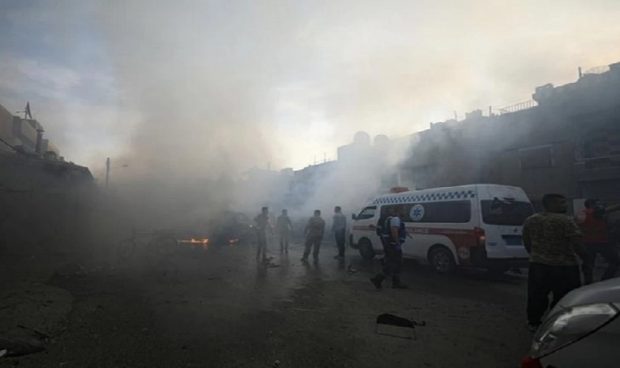 Several trucks were engulfed in flames after the explosion, the report said.

It wasn’t immediately clear what caused the blast and there were no immediate reports of casualties.

The fire spread to the Dogharoon customs facilities on the Iran side and first responders, including the fire department, the Iranian army, and border forces were assisting in extinguishing the blaze.

Trucks carrying natural gas and fuel were directed to leave the scene.