Bengaluru: Leader of the opposition (LoP) in the Karnataka Legislative Assembly Siddaramaiah demanded a judicial probe by a sitting judge into Minister Ramesh Jarkiholi’s comment on Operation Kamal by ruling BJP.

In a series of tweets, the Congress leader attacked the Karnataka government. He claimed that Minister for Water Resource Ramesh Jarkiholi provided evidence by saying that C P Yogeshwara, who was included into the cabinet recently, has raised Rs 9 crore loan for the formation of BJP government in the State.

“Ramesh Jarkiholi has provided evidence for our allegation about #OperationKamala, by saying that C P Yogeshwar has taken crores of rupees of loan to fund Operation Kamal. I strongly urge for a judicial investigation by a sitting High Court judge to reveal the truth,” Siddaramaiah tweeted.

Former Karnataka Chief Minister Siddaramaiah alleged that if he had made such an allegation, it would have been brushed aside but now their MLA is making allegations. He asked what Chief Minister BS Yediyurappa has to say now.

“If our MLAs had joined @BJP4Karnataka without any expectation, why did CP Yogeshwar take a loan of Rs 9 cr? Had opposition made allegation about #OperationKamala, it could been brushed aside. But the allegation is by ruling party MLAs only. What does @BSYBJP have to say now?,” he added.

The term Operation Kamal or Lotus is used in politics to describe BJP’s alleged plan to engineer the defections of Opposition MLAs to form the government.

To keep BJP out of power, Congress and JD (S) had joined hand with others to form a government with Kumaraswamy as Chief Minister after no party got a clear majority in the 2018 assembly polls.

After Lok Sabha Elections 2019, internal differences cropped up and the rebellion by some MLAs led to collapse of the coalition government last year and BJP government has been in power since then. 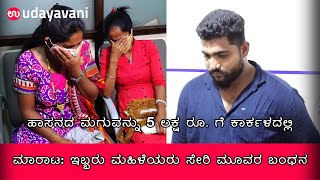