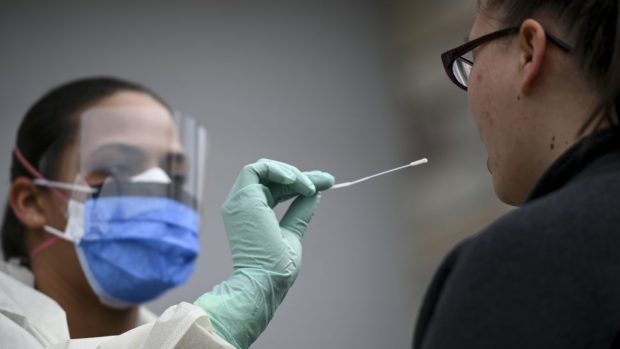 Thiruvananthapuram: Fresh COVID-19 cases crossed the 30,000 mark for the fourth consecutive day in Kerala on Saturday, taking the total caseload to 39,77,572, while the Test Positivity rate dipped to 18.67 per cent from 19.22 on August 27.

He told reporters that 1,67,497 samples were tested in the last 24 hours and 353 wards in 70 local self government bodies recorded a weekly infection population ratio above eight per cent.

“Out of those found infected, 120 people reached the state from outside, while 29,891 contracted the disease from their contacts. The sources of infection of 1,158 are yet to be traced. Among those infected are 96 health workers ” a health department release said.

Among the districts, Thrissur reported the highest number of cases 3,957, followed by Ernakulam with 3,807 and Kozhikode 3,292.

Union Home Secretary Ajay Bhalla had reviewed the situation with top officials on Thursday and the steps taken to contain the alarming graph of the virus in the state.

The central government had said that Kerala is the only state reporting over one lakh covic-19 cases, while four states have 10,000 to one lakh active cases and 31, less than 10,000 active cases.

COVID highlighted importance of engaging with partner nations for development of all: Anurag Thakur