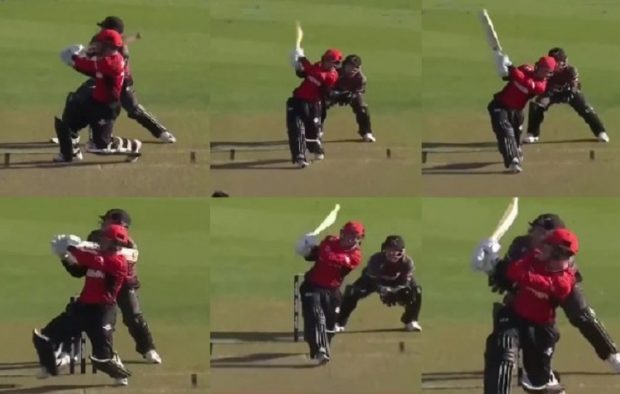 Christchurch: New Zealand batsman Leo Carter on Sunday emulated the likes of Ravi Shastri and Yuvraj Singh when he entered the history books by becoming the seventh cricketer in the world to hit six sixes in an over.

The 25-year-old left-handed batsman smashed left-arm spinner Anton Devcich six times over the Hagley Oval boundary during his stunning unbeaten knock of 70 off just 29 balls to seal a seven-wicket win for his side while chasing an imposing 220.

Leo Carter hit 6 sixes in a row and the @CanterburyCrick Kings have pulled off the huge chase of 220 with 7 balls to spare at Hagley Oval! 👏

Overall, Carter is the seventh player in world cricket to record the feat across all formats in both domestic and international level. He entered the elite list that includes the likes of Gary Sobers, Shastri, Herschelle Gibbs, Yuvraj, Worcestershire’s Ross Whiteley and Afghanistan’s Hazratullah Zazai.

Carter also became only the fourth batsman to achieve the feat in T20 cricket in both domestic and international level.