Kumaraswamy hits back at Modi over charge he is remote-controlled Bengaluru: Stung by the Prime Minister’s jibe that he was remote controlled by the Congress, Karnataka Chief Minister H D Kumaraswamy Wednesday retorted that Narendra Modi should gather enough information about the state, “which has the best programmes in the country,”before speaking in public.

As prime minister,while talking about a state government, it would have been better had Modi gathered all the information before speaking in public,” a visibly upset chief minister told reporters.

Kumaraswamy alleged that Modi targeted him only to hide his ‘failures’ in the last four-and-half years.

“He should know that our programmes are the best in the country. Let him gather more information about our government,” the chief minister said.

He also tweeted, “Respected Prime Minister, I expected you to speak the truth while addressing the people at Kalyana Karnataka, the land of Sharanas who advocated Kayaka Tatva.”

He tweeted, “No individuals can control a CM in democracy. Only people can control them with their votes.

Maybe @narendramodi’s experience of him being controlled from Nagpur is making him comment against others.”

Addressing a gathering at Kalaburagi earlier in the day, Modi said, “This Congress, which reached the corridors of power by stabbing the people of Karnataka, and the chief minister who is being run on remote control, have not yet availed the list of beneficiary farmers.”

Modi alleged that the central scheme to benefit marginal farmers has no beneficiaries in Karnataka as the state government had not provided the centre with the list.

“They take the names of poor farmers to seek votes, but after getting their votes, they forget the farmers and the poor people.

They are doing injustice to the farmers of Karnataka,” Modi said.

He had also alleged that the state government, instead of waiving all the farm loans, had filed cases against farmers. 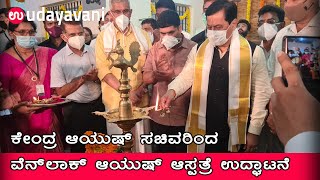