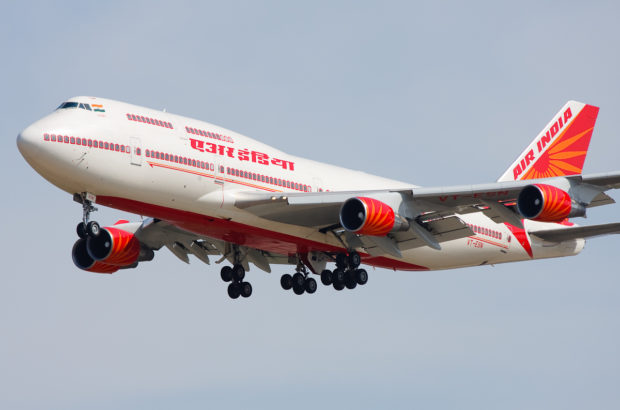 Mumbai: At least 250 casual workers of Air India (AI) have approached the Bombay High Court seeking direction to the government-run airline to provide them work as the coronavirus-induced lockdown has rendered them jobless and deprived them of wages.

Their plea was heard on Friday by a bench of Justices R D Dhanuka and V G Bisht, who issued a notice to Air India and directed the national carrier to respond within two weeks.

In the interim application filed through Air India Ltd Kamgar Sangh, the petitioners stated that most casual workers belong to economically weaker sections and that they are dependent on daily wages from the airline.

The application by at least 250 casual workers of the airline has been filed through senior counsel Gayatri Singh and advocate Mini Mathur.

As per the plea, casual workers are allowed to work for a maximum of 240 days a year and are paid Rs 535 for each day of the services rendered by them.

Casual workers, who have been litigating over regularisation and revision of pay, among other issues, for several years in various courts, are employed by the airline on a rotational basis as catering assistants, baggage handlers, security scanners and bus drivers.

The petitioners, who are employed by Air India at the Chhatrapati Shivaji Maharaj International Airport here, stated they had been working for the airline for the last 25 to 30 years.

However, most of them have not been called back after the airline resumed services in May, while permanent employees and those on contract had been given work, the plea stated.

The petitioners claimed that while some causal workers who live near the airport have also been given work, 250 workers have not been called back.

“The lockdown period has wrecked devastation. The casual workers are in desperate need of work and wages,” the petition reads.

As per the plea, the petitioners have sought work and wages due since March.

They have also demanded transport facilities to commute to work and asked for health safety measures similar to those provided to permanent workers, the plea stated.

The petitioners are already litigating in the high court over implementation of its previous orders on job regularisation and other reliefs, through a writ petition filed last year.