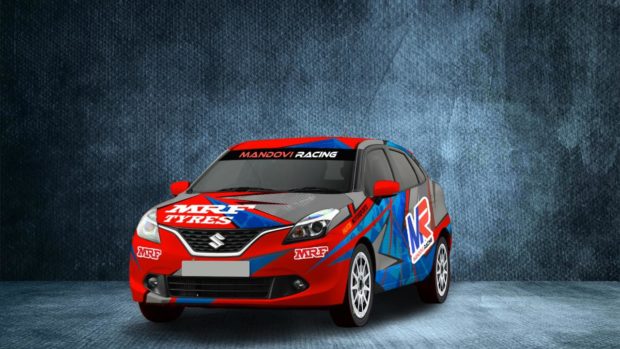 Mangaluru: City-based Mandovi Racing team stated that they will be participating in the Indian National Rally Championship (INRC).

“We are back in INRC after a break of almost 3 years. We will be driving the Maruti Suzuki Baleno RS (1st car to be prepared in India) and to debut in the overall Indian National Rally Championship (INRC),” stated a press release. The car will be driven by veteran driver Aroor Arjun Rao and veteran co-driver Satish Rajagopal. Aroor Arjun Rao was the overall INRC runner-up for 4 times in his career, 1600 category champion twice and Rally Star Cup winner once. He was also the Malaysian Rally Group N Champion in 2009.

“The car is prepared to FMSCI R spec by Mr Mohan of Falkon Motorsports, Coimbatore. We will be driving under the team brand name of Mandovi Racing (Mandovi Motors is authorised dealer for Maruti Suzuki) Team Principal – Aroor Sanjay Rao. We will be supported by MRF tyres for the championship,” the release added.