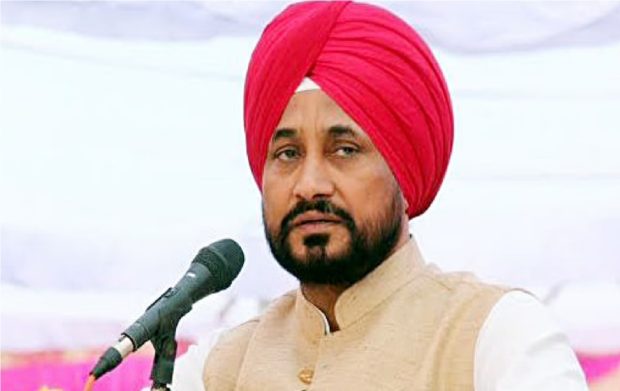 There is a growing clamour within the Punjab Congress over the need to declare a chief ministerial candidate for next month’s assembly polls, with many senior leaders throwing their weight behind Charanjit Singh Channi, the state’s first chief minister from the schedule caste community.

Though the Congress high command has so far maintained that the party will fight the February 20 elections to the 117-member assembly under a ”collective leadership”, many leaders in its state unit are seeking that the air surrounding the issue be cleared at the earliest.

The party had declared its chief ministerial candidate ahead of the elections in 2012 and 2017, senior leader and minister Brahm Mohindra said, adding that Channi has proved himself in the role in just three months.

”There should not be any confusion in the party about announcing the CM candidate when there is already one who has proved himself beyond everybody’s expectations,” he said.

Channi became chief minister last year after Amarinder Singh was made to resign from the post by the Congress. The clamour on the issue grows in the Congress’ state unit in the backdrop of the Aam Aadmi Party (AAP), which is emerging as strong contender for the polls, declaring its MP and state unit chief Bhagwant Mann as its chief ministerial candidate. The Shiromani Akali Dal (SAD), which has been the Congress’ main rival, may not have formally named its candidate for the chief minister’s post, but its president Sukhbir Singh Badal is the likely choice.

The need to declare a chief ministerial candidate becomes more important for the Congress as the AAP has named Bhagwant Mann as its candidate, while the SAD are projecting Sukhbir Badal for the post, Mohindra said.

Mohindra’s cabinet colleague Rana Gurjeet Singh has too thrown his weight behind Channi, saying raising a question mark about his continuation as chief minister, after the party comes back to power, can prove to suicidal.

Cabinet minister Tript Rajinder Singh Bajwa and Shahkot MLA Hardev Singh Laddi Sherowalia are also backing the idea of having Channi as chief ministers if the party succeed in the polls.

However, Congress chief spokesperson Randeep Singh Surjewala, who was in Chandigarh this week, while replying to a question on the issue, said, “Sidhu ji Punjab Congress ke sardar hain (Navjot Singh Sidhu is Punjab Congress chief), Channi ji government ke sardar hain (Channi is chief minister), and we will contest elections under collective leadership.” A survey ‘Who should be the CM face of the Congress in Punjab?’ on Twitter by Nikhil Alva, an aide of Congress leader Rahul Gandhi, shows that Channi is the choice with maximum 68.7 per cent of the total 1,283 voters in the survey responding in his favour.

While this may not be a party survey, but it also showed that 11.5 per cent voters batted for Sidhu followed by 9.3 per cent in favour of Sunil Jakhar while 10.4 per cent said there was no need for a chief ministerial cnadidate.

The Congress on January 17 shared a short video, showing actor Sonu Sood, whose sister is contesting on a party ticket from Moga, saying ”the real CM” will be the one who deserves to be at the post and not that person who declares himself to be the chief ministerial candidate.

The 36-second video on Twitter, which was retweeted by the Punjab Congress, ends with visuals of Charanjit Singh Channi at different programmes and events.

Even Channi, who is from the scheduled caste community, which enjoys a sizeable presence in the state, had recently said that the Congress should declare its chief ministerial candidate and pointed out that it has been seen in the past that doing so has favoured the party reap electoral gains.

The Congress has gone on a counter offensive following attacks by opposition parties, including the AAP, the SAD and the BJP, in the wake of the recent Enforcement Directorate (ED) raids in which cash amounting to over Rs 10 crore, including about Rs 8 crore was seized, from a relative of Channi, in connection with an anti-money laundering investigation against illegal sand-mining operations in the poll-bound state.

The party’s state unit has launched a campaign on social media stating that the entire state is with Charanjit Singh Channi and blaming the BJP-led Centre for trying to defame Punjab’s first chief minister from the scheduled caste community.

2021 watershed year for armed forces in J&K and Ladakh: Army Commander
There has been discussions on how I need to play shots as per match situations: Pant