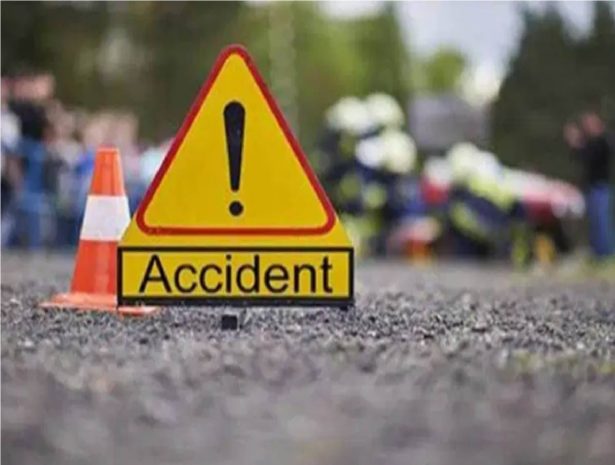 Bhopal: A speeding car rammed into a Durga procession in the Madhya Pradesh capital, leaving four persons, including a head constable, injured, police said on Sunday.

The incident occurred on the road outside the Bhopal railway station on late Saturday night when the procession was moving forward, Bajaria police station in-charge Umesh Yadav told PTI.

Three persons were injured and one of them sustained serious injuries and undergoing treatment at a hospital, he said.

The car also hit an on-duty police head constable, who sustained minor injuries to his leg, he said.

Yadav said the car rammed into the procession and when the people started shouting to catch the car driver, the latter panicked and fled by reversing the car speedily.

He said a case was registered and efforts are on to nab the person who was driving the car at the time of the incident.

Meanwhile, a video of the incident shows a car is being reversed speedily while the people are seen trying to save themselves by moving away from the path of the vehicle.

One of the injured persons, Chaturanan Sahu (26), claimed a grey-colour car crashed into the procession of Chandbarh Durga Utsav when it reached near Gupta tea stall outside the Bhopal railway station.

“Two persons were travelling in that car which crashed into the procession and again hit the people while reversing,” he said.