Negligence in personal and social behaviour has increased in Unlock 1: PM 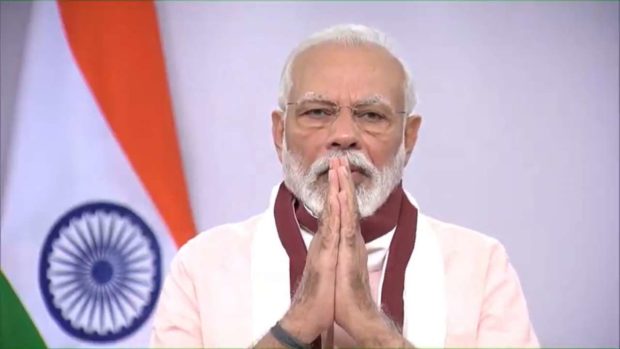 New Delhi: Prime Minister Narendra Modi on Tuesday urged the people of the nation to take care of themselves as the country will be are entering unlock 2.

“India will be entering Unlock 2 and that the season of cough, fever and cold is also about to start. In such a situation, I urge countrymen to take care of themselves,” said Modi

He further added, “When compared to other countries across the globe, India is still in a very stable situation, in the battle against COVID19. Government’s timely decisions and measures have played a great role.”

“However, since the imposition of Unlock 1 people are neglecting personal and social behavior. Earlier, we were more cautious about the use of masks, and washing hands several times a day for 20 seconds nut now people have become very caseless”

Prime Minister in his address announced the extension of Pradhan Mantri Gareeb Kalyan Ann Yojna till 30 November in wake of the COVID-19 pandemic.

“We have more work during and after the rainy season, mainly in the agriculture sector. There is a slight slowness in other sectors. gradually, the atmosphere of festivals starts to build from July. This time of festivals also increases the needs, the expenses also. Keeping all these things in mind, it has been decided that the Pradhan Mantri Garib Kalyan Anna Yojana should now be extended till Diwali and Chhath Puja, that is, by the end of November,” Modi said.

Under the scheme, over 80 crore people are entitled to free five kilos of free wheat or rice, and an additional one kilo of any one pulse per family. The scheme was launched in March after the imposition of lockdown to ensure that loss of livelihoods and restriction on movement should not compound the issue of hunger amongst India’s poorest