No one from my family will contest bypolls: HDK 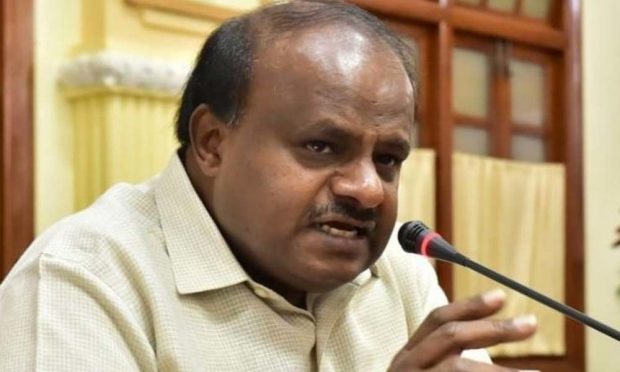 Bengaluru: Former Chief Minister and JD(S) leader HD Kumaraswamy said the process of selection of candidates for October 21 bypolls to 15 constituencies in Karnataka will be completed in a couple of days.

The former Chief Minister also clarified that none from his family will contest the by-elections.

The Election Commission had recently announced that by-elections to constituencies represented by 15 of 17 disqualified former Congress-JD(S) legislators will be held on October 21 and results declared on October 24.

Among 15 constituencies going to polls, 12 were represented by the Congress and 3 by JD(S).

About reports that members of the Deve Gowda family may contest the bypolls, Kumaraswamy clarified, “in this election no one from our family will be candidates.

For me our karyakartas are also part of my family, not only those who were born with us,” he added.

Absence and resignation of 17 Congress-JD(S) MLAs during the trust vote had led to the collapse of the H D Kumaraswamy headed coalition government in July, and helped the BJP come to power.

After examining the petition moved by the leadership of both parties, the then Assembly Speaker Ramesh Kumar had disqualified 17 Congress-JD(S) MLAs under the anti-defection law, which have been challenged in the Supreme Court.

Elections have not been announced for Maski and Rajarajeshwari Nagar constituencies, citing election petitions relating to 2018 assembly polls for these two segments that has been admitted in the High Court as the reason.

With the announcement of the bypolls, the JD(S), which had formed a coalition government in alliance with the Congress and contested Lok Sabha polls with that party, made it clear that it will go it alone in the by-elections.

Kumaraswamy had said JD(S) will have to win at least 8 to 10 seats in this election, and he will strive along with party workers for the next one month towards achieving the target.

Winning a majority of the seats in the bypolls is necessary for the ruling BJP to continue to stay in power.

‘Even Muslims say Ayodhya to Hindus is like Mecca to them’: Supreme Court
‘Wait for bilateral meet’ – Indian diplomat on Trump’s mediation offer on JK