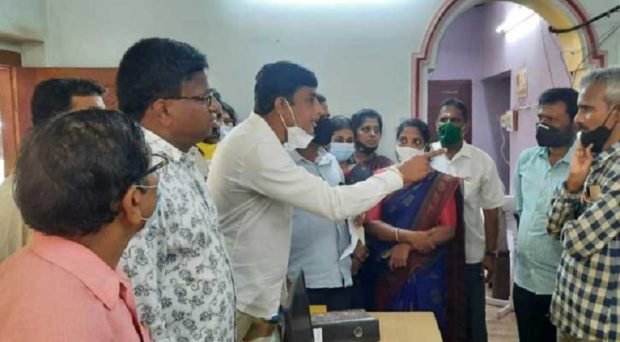 Padubidri: Padubidri gram panchayat president Ravi Shetty Padebettu and other gram panchayat members on Monday laid siege to the office of the Navayuga construction company and demanded that all unfinished work on the four-lane highway must be completed within a month.

He was immediately taken around areas in Padubidri where unscientific works had taken place.

Ravi Shetty then warned that if the faulty works are not repaired within a month by the company then a large protest would be organized.