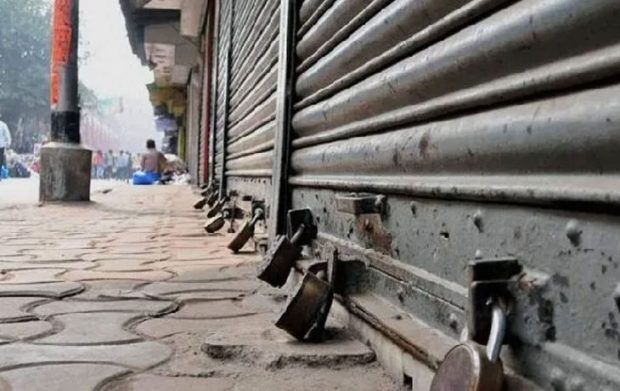 When suspected Popular Front of India (PFI) activists unleashed violence and forcefully downed the shutters of shops in various parts of Kerala during the hartal called by it against NIA raids, a man here stood up to the agitators, saying they could not close his outlet by force, a video of which has gone viral now.

Ashad, a young mobile technician, opened his shop as usual on Friday morning despite the bandh call given by the outfit, to attend to pending work.

Apart from his shop, only a pharmacy remained open in the otherwise-busy street in Taliparamba here on the day.

As he was aware of the unlawful activities of the bandh supporters in other areas, the youth said he was certain that they would definitely come to his shop.

”So, I enabled the video recording on my mobile phone and placed it in the shop…and continued my work,” he said on Saturday.

As expected, an activist is seen barging into the shop, in the video.

He could be seen asking Ashad whether he did not know that it was ‘hartal’ day and the shop could not be opened.

However, the bold Ashad was seen categorically saying that he was not going to down the shutters and made it clear that no one has the right to close the shops by force in the name of hartal.

As the shop owner refused to budge despite repeated threats, the angry activist threw away the articles kept on the table top and left the shop warning him of the consequences.

Ashad later approached the local police with the video based on which a case has been registered.

The accused was identified and a man hunt is on to nab him, police sources said.

Masked men and miscreants went on a rampage in different parts of Kerala on Friday during the dawn-to-dusk hartal called by the PFI, under the lens for alleged terror activities, damaging state-run buses and ambulance, injuring policemen and commoners and vandalising shops and threatening the public.

Normal life was hit by the violence in many parts of the southern state, a day after the National Investigation Agency led multi-agency pan-India raids against PFI, accused of being a radical islamist outfit, arresting over 100 people.