Stolen artefacts to be returned to India from Scotland museums 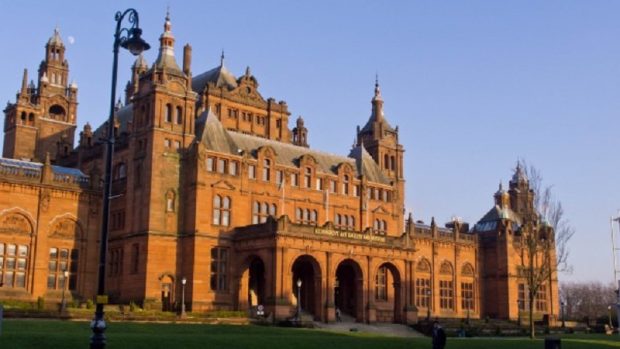 London: A city council in the Scottish city of Glasgow has voted to repatriate seven historic artefacts stolen from India, in what has been dubbed the largest single repatriation of items ever from Scotland and the first repatriation of antiquities to India from any UK museum service.

Glasgow City Council had received a formal request from the Indian High Commission in London earlier this year for the return of six architectural antiquities from Kanpur, Gwalior and Bihar.

A further request made by Jaspreet Singh Sukhija, First Secretary of Trade at the High Commission, last month was for a 14th-century ceremonial sword or talwar and scabbard from the Deccan region.

“The antiquities have been requested by the High Commission of India, on behalf of the Government of India and Archaeological Services India as they are part of India’s historic heritage,” notes a council report from earlier this week.

“Archaeological Services India has advised that these items fall under the category of Antiquities, under India’s domestic legislation and are therefore part of India’s historic heritage. These items are of cultural, historical and religious importance to the people of India as a whole and were illicitly removed from India,” it reads.

According to the information available, six of the artefacts were stolen from Hindu temples and shrines in different states in India during the 19th century, while the sword was illegally purchased as a result of theft from the owner, sold and smuggled out of India.

“All seven items were subsequently gifted to the city’s museum collection,” the report notes.

Glasgow Life Museums has since held consultations with Sukhija and the Indian government has agreed to meet the full cost of the return of the artefacts to India.

“Delighted that all councillors supported the recommendations at committee today,” said Councillor David McDonald, a trustee of Glasgow Life which manages the city’s museums, in a Twitter statement on Thursday.

“Today’s agreement represents the largest single repatriation of items ever from Scotland and the first repatriation of antiquities to India from any UK museum service,” he said.

Museums Galleries Scotland, the development body for Scotland’s museums and galleries, welcomed the council’s decision, which also involves the return of artefacts to Nigeria and the Cheyenne River and Oglala Lakota Sioux Tribes.

“The return of these items is a significant, positive step which reflects the ongoing work that Glasgow is undertaking to redress the wrongful removal of cultural artefacts from their originating communities,” the organisation said in a statement.