A village sarpanch in Telangana’s Karimnagar district had a harrowing experience after a swab stick used to collect samples during a Covid test broke inside his nose.

The sarpanch had to undergo a endoscopy after attempts to remove the swab stick, made by the staff at the Primary Health Center, including a doctor went futile.

On Friday, Juvaji Shekar, a sarpanch of Venkataropalli village of Ramadugu mandal in Karimnagar, had arranged the Rapid Antigen Test (RAT) for Covid-19 at his village and decided to take the test first.

However, the stick broke inside his nose during the swab collection and the sarpanch was writhing in pain. According to the doctors, the swab stick had slipped from his nose and stuck in his throat.

After recovery, Shekar vented his anger seeking to know kind of people whose services are utilised in conducting tests. ” I went through hell. Are they not given proper training?,” the sarpanch was quoted speaking in a TOI report. 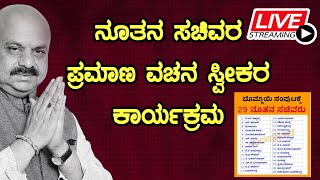