This Russian ophthalmologist studied Mount Kailash to find its mysteries In 1999, Dr Ernst Muldashev, an ophthalmologist in the Russian city of Ufa, along with a team of experts consisting of geologists, physicians and historians went on an expedition to Mount Kailash to study it. After months camping at the base of the holy mountain, Muldashev concluded that the mountain is a human-made pyramid and is connected to the pyramids at Giza and Teotihuacan.

Muldashev was not the first Russian to have been fascinated by the Mountain and the religious systems of India. In the last decades of the 19the century and the beginning of the 20 century, Rusian developed a keen interest in India and the Indian faiths.

Nicholas Roerich, a Russian painter, archaeologist and philosopher who died in Naggar, Himachal Pradesh in 1947, had written about the Mountain’s sacredness and even made a painting titled “The Path to Kailash.” 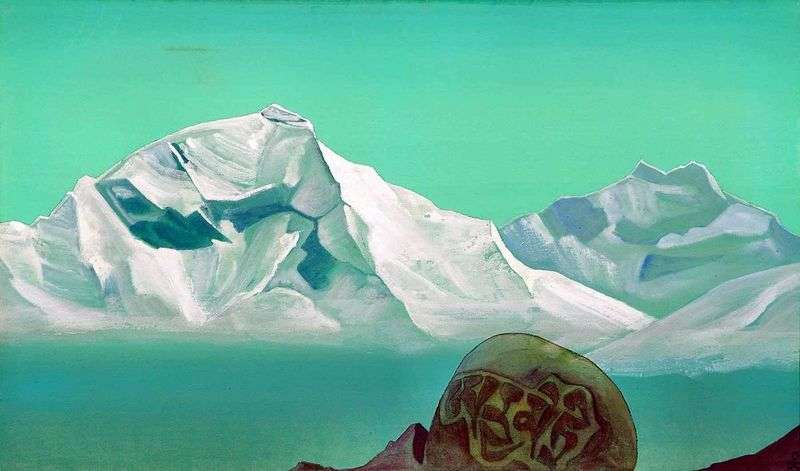 “The Path to Kailash”

There are also stories of expeditions being organised by mountaineers to climb the Mount Kailash but vanishing without a trace. One such story is that of a group of mountaineers who after climbing a certain point in the mountain aged rapidly and died a year later of age-related illness.

Muldashev and his team on their expedition met many Tibetan religious leaders. They claim to have seen many smaller pyramids surrounding the Mount.

Another claim by them was that in the nights that they spent near the Mount, they could hear sounds coming from within the Mount.

Muldashev says he also found out that the schematic map of the Mount and the pyramids around it is completely similar to the structure of the Triple-stranded DNA and together with the pyramids at Giza and Teotihuacan forms a connection.

However, the claims by Muldashev have not been verified by other scientists.

Mount Kailash remains a sacred place to many Indians and is a place of pilgrimage. The Chinese government respecting the beliefs of many have banned any mountaineering activities over the Mount.

E-commerce platforms have to display country of origin on imported products: Centre to HC
Lonar lake turned pink due to ”Haloarchaea” microbes: Probe