‘Is it right for social media companies to ban its users?’: Netizens, leaders react after Twitter bans Trump’s account 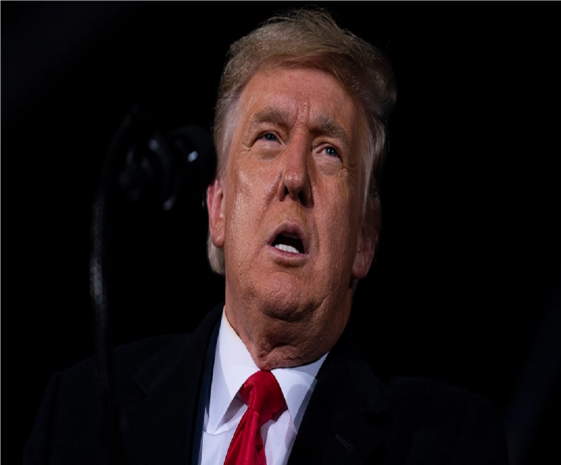 Twitter has announced that it had permanently suspended the account of outgoing President Donald Trump due to ”risk of further incitement of violence,” three days after his supporters stormed the US Capitol and five people died in the violence.

In a statement on Friday, Twitter said, “After close review of recent Tweets from the @realDonaldTrump account and the context around them specifically how they are being received and interpreted on and off Twitter we have permanently suspended the account due to the risk of further incitement of violence.”

After close review of recent Tweets from the @realDonaldTrump account and the context around them we have permanently suspended the account due to the risk of further incitement of violence.https://t.co/CBpE1I6j8Y

After Twitter had permanently suspended his @realDonaldTrump account, Mr Trump tweeted from the US president’s official @Potus account suggesting he would “look at the possibilities of building out our own platform in the future” and railing against Twitter.

But the tweets were removed from the platform as soon as they were posted.

The ban on Trump’s social media accounts was also condemned by many in leaders in India.

This must be wake up call for all who don’t yet understand threat to our democracies by unregulated big tech companies.

It has less to do with his views and more to do with intolerance for a differing point. Ironically, those who claim to champion free speech are celebrating.

The platform is provided by a tech company&they are bound to set their rules of engagement after adhering to guidelines set by countries. However for them to have amplified a hateful narrative for years to suddenly ban does not give them the moral high ground they seek 1/2

Is it right for social media companies to ban its users?

Ban on President Trump has garnered mixed reactions from across the world.  Twitter claims that it  was because the user “expressly and principally promotes, advocates, or incites hatred or violence against a group or individual based on characteristics”

As we live in an era where majority of our news and information come from these powerful sources, and if they collectively have the power to determine what’s acceptable to say and what’s not acceptable to say, it could create chaos, or limit the possibilities for free speech down the line.

Also, these platforms especially Twitter has been accused  of being partial. These platforms have been enablers of hate, fake news and continue to be so in different parts of the world but they very rarely ban such users. Earlier, twitter was accused of promoting conspiracy theories but twitter released a statement and blamed it on the algorithms.

Singer Abhijeet Bhattacharya’s account was suspended in May 2017 after he posted a string of “offensive” tweets, especially against women.

US president’s eldest son Donald Trump Jr twitter account was blocked after he posted a video clip discussing the benefits of hydroxychloroquine.

Pewdiepie, famous YouTuber was suspended in 2016 for jokingly saying that he and another user have joined the terror group ISIS.

Actor director,  KRK was banned after he had reportedly revealed the climax of Zaira Wasim starrer and Aamir Khan’s Secret Superstar.