Belthangady: An electronics shop near Ujire Marigude caught fire on early Wednesday morning due to an electrical accident and goods worth lakhs of rupees was consumed by the fire. On Wednesday around 2 am in the morning, a short circuit caused a fire at Aksha Mobile and Electronics shop. However, the mishap came to light at 4 am in the morning when the driver of a lorry transporting hens saw dense smoke covering the store and he consequently alerted the locals. The local auto-rickshaw drivers arrived at the location and alerted the shop owner as well as Belthangady fire department.

By the time the fire engine reached the spot and doused the fire, the TV, fridge, mobile and several other goods were already consumed by the fire. Besides, the goods in the hotel as well as the vegetables and other daily use goods of another shop attached to the shop were lost to the fire.

On hearing the news of a fire mishap at his electronics shop, the owner of the shop rushed to the shop and opened the door only to make the matters worse. The sudden opening of the door provided an overwhelming source of air to the fire which was till then a small flame erupted into a full blown fire. During the occasion, the owner himself survived a close shave with danger.

Near miss from cylinder explosion

The close by hotel had two gas cylinders and if the fire personnel had reached any later, there was a possibility of cylinders exploding. The plant in front of the shop also caught fire, while the fire also reached the shop located on the backside.

Delayed arrival of the fire brigade

Though the incident was noticed at 4 am in the morning, the locals wanted to douse the fire but were worried that there could be an electricity leak. Hence they informed the fire personnel.

The fire brigade final reached the location at 6 am by which the fire had spread to the other shops, inform the locals. 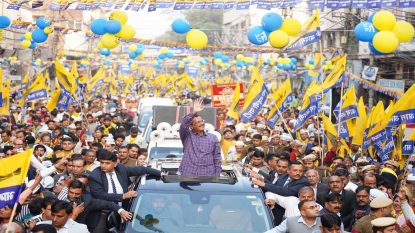