The recent developments which happened in the valley of Kashmir and the future of the newly formed Union Territories of J&K and Ladakh was discussed at the 2nd edition of Mangaluru Lit Fest on 30th November 2019 at Dr TMA Pai Convention Centre, Mangalore. opened the discussion with a brief peep into the history of the whole Kashmir issue starting with the post independent to the revocation of the Article 370 and 35 A. He shed light on some of the migrants who were placed in Kashmir from other parts of the country and despite being well educated and could only get menial jobs due to the special status it enjoyed. “We have only heard about the ISI and not the ISPR form Pakistan who are propagating an anti- India narrative to the media”, said Lt Gen Syed Ata Hussain in his opening remarks. India is in a dire requirement of good PR and media game in the international forum. He added, the internet connectivity which is now assumed to be a Human Right was the prime problem in the valley. Incidents of 2008, 2010 and 2016 was moved using mobile internet to mobilize information against the state. This time when there was a connectivity black out, no such incidents took place. Prof M D Nalapat, was asked about how political leaders feed on separatist ideologies to which he said, “More trouble you make in Kashmir, more you fight with Indian State gets richer rewards”. It is profitable to be anti-Indian and Kashmir. These leaders go to countries like Qatar, Saudi Arabia to fund these trouble makers. He opined, Mahatma Gandhi did not endorse a two state idea, he advocated they are the same people not someone from Mars. But when it came to Kashmir, Jawaharlal Nehru, Lord Mount Batten they made an exception because it was a Muslim majority state. Treating people differently which started after the 15th of August 1947 just because they are Muslim, is the root cause for all the problems that we see today. Dr Waeil Ahmad who is originally from Syria gave an observation on Kashmir as an outsider, “People of Kashmir are a victim of the separation. And every political party has always said the Jammu and Kashmir as an integral part of India”. The current central government has in its election manifesto always spoken on abrogation of Article 370. Today, government has to gain the trust of the people. Integration of the valley into the rest of India can be done through giving them an assurance about them being a part of our progressive democracy. The session ended to a final question on the future of the newly formed Union Territories of J&K and Ladakh. Lt Gen Syed Ata Hussain opines we are a smart thinking nation and to combat over our neighbouring countries need not be done physically and look into a lot of new ways for our benefit. 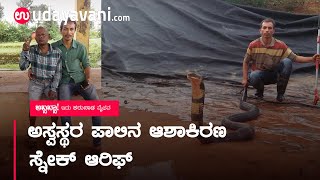