Indian cinema is one of the oldest world cinemas, and the largest in terms of output. Especially, Bollywood which refers to the Hindi language film industry has gained wide range of popularity. The word is a conflation of Bombay-Hollywood. Bollywood is full of glamour, gossip, paparazzi & well-kept secrets.

Here are 10 things you should know about Bollywood

1.The ‘Wrestlers’, shot in 1899, was the first motion picture shot in India. However, the first wholly Indian-produced film was ‘Raja Harishchandra’, which was released in 1913. 3.Ranbir Kapoor’s movie ‘Rockstar’ was shot in reverse, with the climax being shot first. It is said that the makers did not want to mess with his hairstyle. 4.Kaho Naa Pyaar Hai holds the Guinness World Record for most awards won by a movie. The film won 92 awards 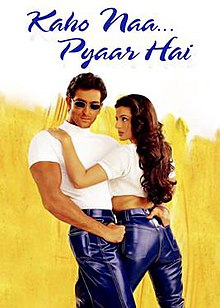 5.Yaadein is a 1964 movie of 113 minutes and features Sunil Dutt as the only actor. It is featured in the Guinness Book of World Records in the category of fewest actors in a narrative film. 6.Sridevi was only 13 years of age when she played Rajnikanth’s step-mother in a Tamil film called Moondru Mudichu. 8.When Dharmendra first joined the film indutsry, his salary was the meagre sum of Rs. 51 only! 9.‘Mughal-e-Azam’ was a trilingual movie with all scenes shot thrice in Hindi, Tamil & English. 10.Jeetendra started his career as a body double for actress Sandhya in her film, Navrang.