Chikkaballapur: The district administration cleared an illegally built Jesus statue and cross at Sosepalya in the taluk here.

Speaking to Udayavani Raghunandan said that the clearance operation was done after High Court directed the district administration to do so after determining that the statue and cross were illegally built on government land.

Police had cordoned off the area as the local Christian community protested against the clearance and shouted slogans against the government and the officials present. 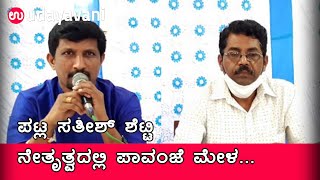