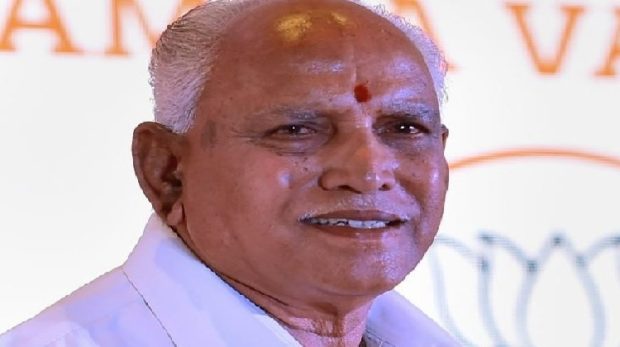 Bengaluru: Karnataka Chief Minister BS Yediyurappa on Friday deferred at last-minute a proposal to recommend inclusion of the Veerashaiva-Lingayat community under OBC list following lack of consensus in his Cabinet and intervention of the BJP central leadership, sources said.

The subject was listed in today’s Cabinet meeting. It was not taken up as several Ministers, citing similar demands from sub-castes belonging to other communities that have been left out of the Centre’s OBC (other backward classes) list, exerted pressure on the Chief Minister, warning about its political ramifications, and highlighted the need to study the issue further.

“On the Veerashaiva-Lingayat issue, for various reasons, I will take a decision once I go to Delhi and come back after consulting them (BJP high command). It won’t be decided today. It is also the opinion of my Cabinet colleagues,” Yediyurappa told reporters before heading into the Cabinet meeting.

“It is a very special decision, after discussing with the high command, we will go ahead,” he said.

However, according to party sources, a top central BJP leader called him up, asking him to defer a decision on the subject noting that it’s an important issue and its implications have not been discussed in the party forum yet.

In a departure from normal practice, Yediyurappa, as per his scheduled programme release on Thursday evening, was slated to address a press conference after the Cabinet meeting apparently on the Veerashaiva-Lingayat issue – a task generally done by the Law Minister. However, he did not address the media as the matter was deferred.

The Chief Minister’s move on the recommendation is seen in some political circles as his attempt to flex his muscles and send a message to the central leadership, which had not given green signal to carry out Cabinet expansion/reshuffle.

During his conversation with the top BJP leader who had called him, Yediyurappa is said to have communicated that the delay in clearance on the Cabinet exercise despite his visit to Delhi is being seen as undermining him and his position, responding to which the former has reportedly said that the nod will be given soon, sources said.

Regarding the much-awaited expansion or reshuffle of his cabinet, Yediyurappa told reporters that he has just spoken to Union Home Minister Amit Shah in this regard, and the central leadership will convey their decision soon, and the exercise may take place in two-three days.

The decision to recommend inclusion of the community as OBC under the central list is also seen by many within BJP circles as a move by Yediyurappa to further consolidate his position as the leader of Veerashaiva-Lingayats, amid speculation that the party’s central leadership is weighing the option of replacing him considering his age (77 years).

Considered as BJP’s core vote bank in Karnataka, the Veerashaiva-Lingayat community, to which Yediyurappa also belongs, is estimated to form about 16 per cent of the State’s population.

Briefing reporters about the cabinet decisions, Law and Parliamentary Affairs Minister JC Madhuswamy said, as sub-castes under several other communities have been left out from the OBC list like Kunchatigas from Vokkaligas, it was decided to consider sending a comprehensive recommendation to the Centre about the communities that need to be included in the days to come and defer the subject today.

“We have also deferred the subject as we are asking for an anthropologist report, certification of the backwardness and its nature; once we compile all that is needed to convince the backwardness and then go ahead,” he said. He rejected suggestions that the subject was mentioned hastily in the cabinet agenda aimed at sending a signal to the high command and Yediyurappa’s detractors.

Madhuswamy also made it clear that the proposed recommendation had nothing to do with the state government”s reservation. “..it is only for reservation in central government services and educational institutions,” he added.

“The community should not be seen in parts by breaking it,” he said. Inclusion of Veerashaiva-Lingayats under the central list of the OBC has been the long-standing demand of the community, and the All India Veerashaiva Mahasabha has been pressing for this since 1994.

At present in Karnataka, Veerashaiva-Lingayats and their sub-groups are considered a backward class and they come under Category 3B with a five per cent reservation.

Their inclusion in OBC Central list will mean 27 per cent reservation in central government services and educational institutions under the Centre.

This move has come, days after the Yediyurappa government had announced the establishment of the Veerashaiva-Lingayat Development Corporation, and has allocated Rs 500 crore to it.

This decision too had fueled speculation about the CM’s possible replacement.

The previous Congress government led by Siddaramaiah had made a move to accord “religious minority” status to Veerashaiva-Lingayats ahead of the 2018 assembly polls, amid resentment from within over projecting the two communities are the same.

Veerashaiva-Lingayat community that owes allegiance to the 12th century “social reform movement” initiated by Basaveshwara has a substantial population in Karnataka, especially in the northern parts of the State.

The politically influential community is considered to have a significant presence in about 140 out of the total 224 assembly constituencies in the State, and are decisive in about 90 seats, according to political observers.