Do you drink Beer everyday? Here’s what happens to your body 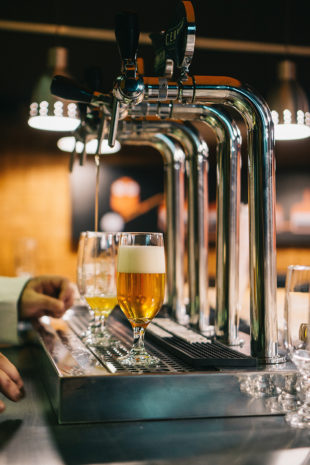 Its a very common belief that only strong alcohol is dangerous to health. Beer being the most popular choice of alcohol, most people drink it after a long tiring day to relax. Beer has up to 5-12 percent of alcohol and is widely considered less harmful than other alcoholic beverages.

While there are studies that suggest drinking beer can increase longevity and cut down the risk of heart diseases, its important to remember that beer does contain some amount of alcohol and regular intake can give rise to some serious health concerns.

Thanks to a woman named Mildred Bowers from South Carolina who credited living to 102 years to having a pint of beer everyday. A study that tracked  the drinking habits of 5,500 people over the course of 20 years states that men who drank two pints of beer every night were 2/3 more likely to live to the age of 90 compared to people who didn’t.

Studies reveal that one pint of beer contains approximately 150 calories and the amount of calories increase with a rise in the alcohol consumption. The calories in beer sit directly in the middle section leading to a beer belly.

There have been various studies that prove that drinking beer is good for heart health. This may go other way round if the consumption limit exceeds, resulting in damage to heart muscle, high risk of stroke, high blood pressure.

Regular intake of beer increases body’s demand for certain vitamins and minerals and when these demands are not met, it reflects on the overall health. These nutrients can be met by daily diet but the body needs to work harder to absorb them. Most long COVID patients recover within a year: Study

What’s this ‘longevity’ diet, and will it really make you live longer?