Bengaluru/New Delhi: The Election Commission on Friday directed officials for a review of the deletions and additions in the electoral rolls of three Assembly seats in Karnataka and ordered the suspension of two additional district election officials after allegations of “electoral fraud” in the state.

The poll authority also directed the chief electoral officer to share a list of all deletions and additions made to the electoral rolls of the Shivajinagar, Chickpet, and Mahadevapura Assembly seats after January 1, 2022, with all the recognised political parties so as to enable them to file claims and objections.

The Election Commission directives came a day after Congress petitioned the poll authority, seeking a detailed investigation into the “voter information theft fraud” in Karnataka.

The Congress had alleged that 27 lakh names were deleted and 11 lakh voters added to the voters’ lists of the three Assembly constituencies, claiming that the employees of a private company had collected voters’ data, impersonating as government officials.

The commission also appointed officers from outside the Bruhat Bengaluru Mahanagara Palike (BBMP), under which the three Assembly seats fall, to oversee the exercise of ensuring the purity of the electoral rolls. 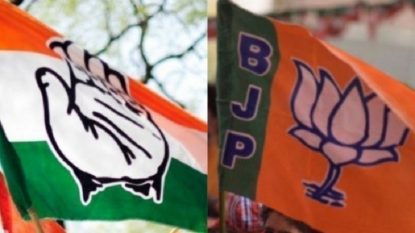