In a tweet, the 38-year-old who scored 775 runs in 16 Test matches between 2012 and 2016, recalled an incident from 2012 during a Test series in India. “Isn’t Kohli the most foul-mouthed individual? I’ll never forget the barrage of abuse I received in 2012 when the swearing stunned me to the point that he did himself a serious disservice. It highlights what a level-headed and grounded man Root, Tendulkar, Williamson et al are,” said Compton in a tweet in which he also praised Sachin Tendulkar, Kane Williamson, and Joe Root. 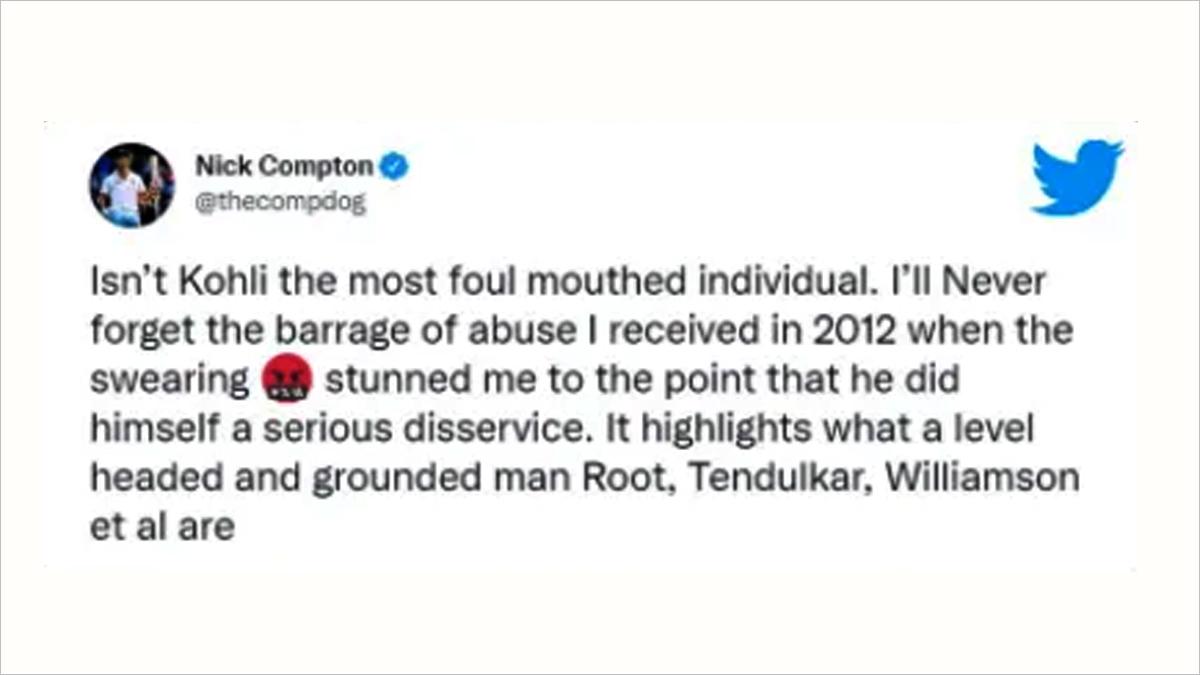 Compton’s grandfather Denis Compton represented England in 78 Test matches between 1937 and 1957 during a time when cricket was considered a gentleman’s game and had very few instances of on-field sledging which became a regular feature from 1970 and 2000s due to the behaviour of Australian cricketers.

Kohli was involved in an altercation with England pace bowler James Anderson during the second Test which India won on the fifth and final day.

However, Kohli shook hands with the 39-year-old England pacer who is the third-highest wicket-taker in Test cricket. The 32-year-old India No. 4 batsman has been aggressive on the field and has been involved in altercations with players like Steve Smith.

I rarely seen Kohli picking up the fight or sledging someone without any reason. He only gives it back and if it was in 2012, definitely Nick Compton shoud have done something to get foul mouthed by Kohli…

And don't even compare with Joe, he once threw a ball at Rahul's face.

@thecompdog was it that bad? In fairness it gave the test and the series a nice little edge. Who doesn’t enjoy watching a grudge match! Hopefully we batter them in the next test!

(With inputs from IANS.)