History of Codes and Ciphers: How did people in the past encrypt their messages Encryption keeps your personal data or messages secure in order to ensure hackers can’t misuse this information. We have been hiding messages for as long as we’ve been sending messages

One of the oldest forms of science that man has undertaken is Encryption. From prehistoric times to modern times it concerns the basic human desire to disguise, masquerade, or protect certain sensitive information from others

The methods to encrypt and decrypt must be known to both parties and they must be rigorous enough that the methods cannot be guessed by the bad guys. It is a tool used to perform a transposition cipher, consisting of a cylinder with a strip of parchment wound around it on which is written a message. The ancient Greeks, and the Spartans are said to have used it to communicate during military campaigns.

The Caesar Cipher technique is one of the earliest and simplest method of encryption technique. It is simply a type of substitution cipher, i.e., each letter of a given text is replaced by a letter some fixed number of positions down the alphabet.

Used by Roman legions to disguise their messages this method uses the substitution of a letter by another one further in the alphabet. The pigpen cipher is a geometric simple substitution cipher, which exchanges letters for symbols which are fragments of a grid. It is an example of substitution cipher where the alphabet is arranged into grids, and the corresponding lines around each letter are used to represent each letter. The smoke signal is one of the oldest forms of long-distance communication. It is a form of visual communication used over a long distance. In general smoke signals are used to transmit news, signal danger, or gather people to a common area.

Translations were often agreed in advance on a case-by-case basis to keep messages secret. The Semaphore flag signaling system is an alphabet signalling system based on the waving of a pair of hand-held flags in a particular pattern. The flags are usually square, red and yellow, divided diagonaly with the red portion in the upper hoist.

The flags are held, arms extended, in various positions representing each of the letters of the alphabet. The pattern resembles a clock face divided into eight positions: up, down, out, high, low, for each of the left and right hands (LH and RH) six letters require the hand to be brought across the body so that both flags are on the same side. 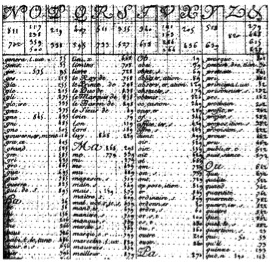 The Great Paris Cipher featured 1,400 numbers, these either represented words or coded pharses which meant other words, adding another layer of complexity to the code. It was famously used by Napolean Morse code is a method used in telecommunication to encode text characters as standardized sequences of two different signal durations, called dots and dashes or dits and dahs. Morse code is named after Samuel Morse, an inventor of the telegraph. It was invented during the 1830s. The Enigma machine is an encryption device developed and used in the early- to mid-20th century to protect commercial, diplomatic and military communication. It was employed extensively by Nazi Germany during World War II, in all branches of the German military.

A public key is a large numerical value that is used to encrypt data. The key can be generated by a software program, but more often, it is provided by a trusted, designated authority and made available to everyone through a publicly accessible repository or directory.