Jaguar cars are among the coolest cars in the world. Despite known as the British luxury vehicle company, Jaguar Cars is owned by Tata Motors in India.

Various Jaguar models are still manufactured in the United Kingdom and the famous logo can still be found across the lineup.

In Blackpool, England, Billy Lyons formed a partnership with his neighbour William Walmsley and that is the story of how the Swallow Sidecar Company was born.

Later the duo switched direction and began building the coach instead of sidecars, the SS line, becoming the first real sports car.

This lead to the very first Jaguar launch in 1935. All the cars manufactured by Lyons and Walmsley had the initials SS, as a reminder of their sidecar roots.

Later the initials were dropped off as they resembled labels of WWII Nazi troops.

The Jaguar became the new logo. The Jaguar XJ6 was the last car designed by Sir William Lyons and was a testament to his bold touch. He was clearly proud of his design, and even appeared in the advertising campaign professing the XJ6 as “the greatest Jaguar ever.”

Perhaps he was correct. The XK8 went on to become the fastest-selling sports car in Jaguar’s history at the time.

Due to financial difficulties, the British Leyland Motor Corporation was nationalized in 1975. By 1984, Jaguar became its own company again.

Ford Motors sold both the Land Rover and Jaguar to Tata Motors in 2008.

Jaguar I-PACE, the company’s first all-electric performance SUV is able to go from 0-100km/h in 4.8 seconds in near silence and with no tailpipe emissions. The company claims that going electric offers a more sustainable, smarter driving experience that embraces dynamism and design.

Jaguar Land Rover India announced the appointment of Shakti Auto Cars as its new Retailer Partner in Bengaluru, in January 2021, with Venkatesh Tatuskar as its Director.

The new, state-of-the-art 3S facility is located in the upscale Brookfield area of Bengaluru, close to the major IT hub of the Whitefield area. 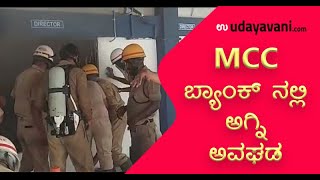