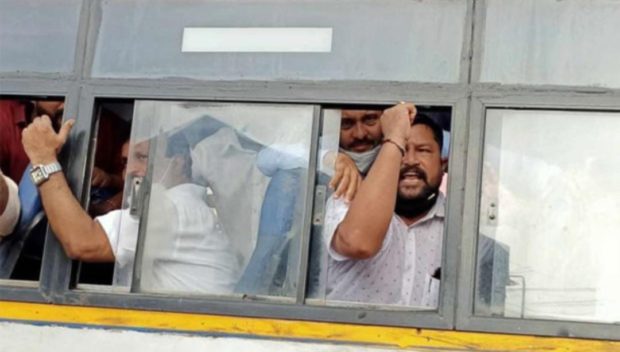 Udupi: Several protesters were arrested at Udupi on Monday, September 28 morning after they tried to stage a road blockade.

As most of the bus owners refused to support the band call heated exchange of words took place between the protesters,. The bus owners and the police who were at the spot intervened brought the situation under control. However, several protesters were arrested