Pacaya Volcano in Guatemala has been erupting since February, keeping the local communities and authorities on high alert.

David Garcia, a 34-year-old accountant, has made the streams of molten lava oozing down the mountainside as his kitchen. He serves up “Pacaya Pizza” cooked on the smouldering volcanic rock to awe the tourists and locals.

Garcia spreads the dough on a metal platter that can resist temperatures up to 1,000 degrees Celsius, slathers it with tomato sauce, a generous helping of cheese and pieces of meat.

He wears protective clothing from head to his military-style boots and places the pizza on the lava. 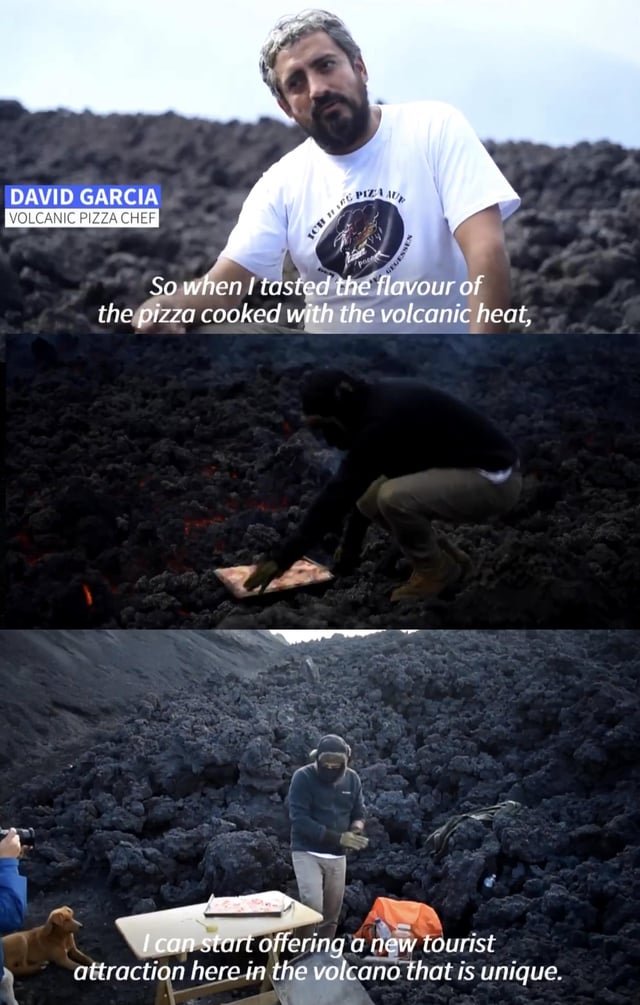 Garcia first started baking pizzas on mountains side in 2013 in small caverns he found amongst the rocks. Initially, the pizzas didn’t sell much but Garcia found fame through social media.

With Pacaya regularly spitting out molten rock, Garcia started cooking pizzas directly on the moving lava. This is potentially risky, given the plumes of volcanic ash blasted into the sky.