Actor Michele Morrone, the actor from the movie ‘365 Days,’ has slammed the illegal theft and leak of private pictures from the sets of the movie sequel.

He took to Instagram and issued a strongly-worded statement condemning the leak of the pictures, from a shower scene while working on the sets.

He wrote, “As an actor your life becomes public. But, as a human being, I would still like my privacy to myself, and I’m a huge fan of privacy.”

He added, “It is never ok to invade someone’s privacy and it’s very disrespectful. What happened is a big offense to me.”

He also went on to thank his fans, friends and members of his team who helped take down the photos from online portals and wrote, “I really wanna thank all of my online family for taking action against all the private images of me that leaked while I was working on set professionally.” “I really appreciate what you’ve all done guys… as always, Thank you… I love you!!” 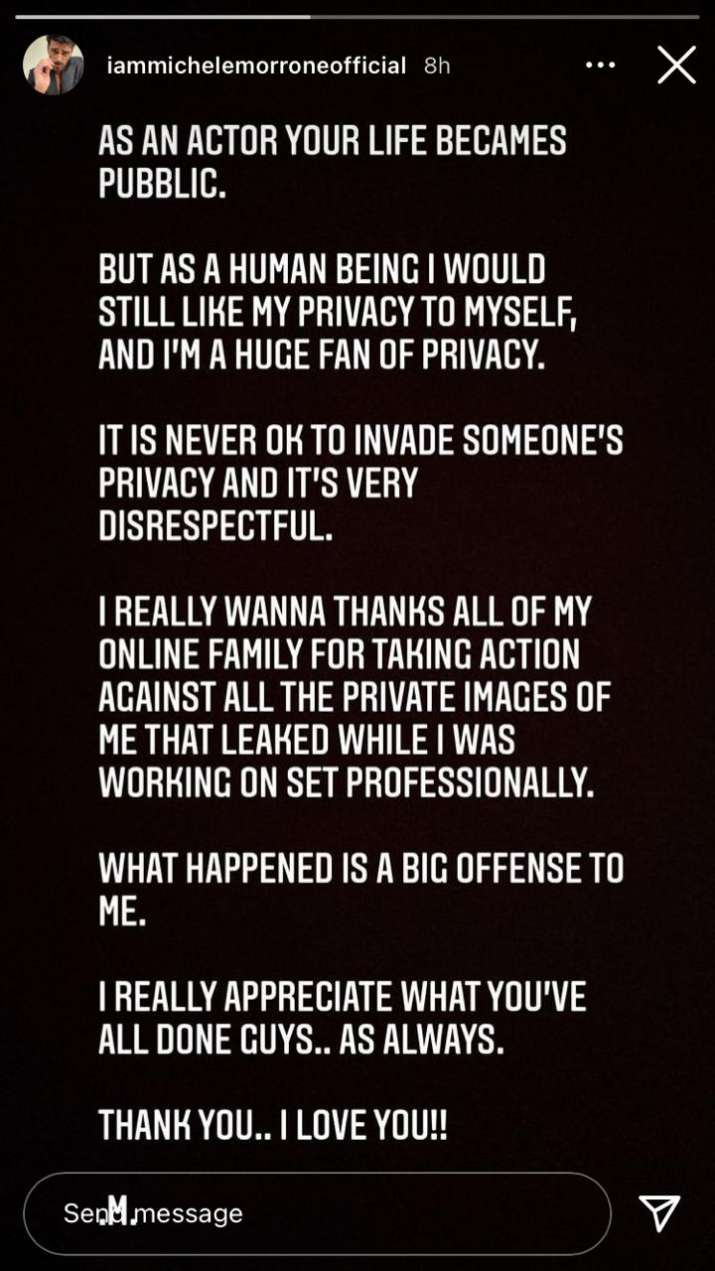 Viral video: Zookeeper gets bitten by Python on the face
Couple with height difference of almost 2 feet makes it into the Guinness World Record