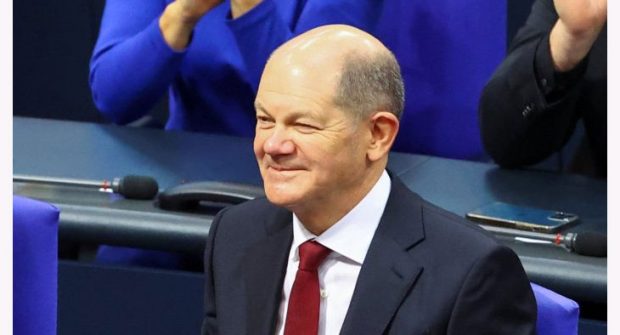 Scholz’s government takes office with high hopes of modernising Germany and combating climate change, but faces the immediate challenge of handling the country’s toughest phase yet of the coronavirus pandemic.

Scholz won the support of 395 lawmakers on Wednesday. His three-party coalition holds 416 seats in the 736-seat lower house of parliament.

Scholz was to be formally named as chancellor by Germany’s president and sworn in by the speaker of parliament later Wednesday.