Poll promises will be fulfilled within a month from coming to power: DKShi 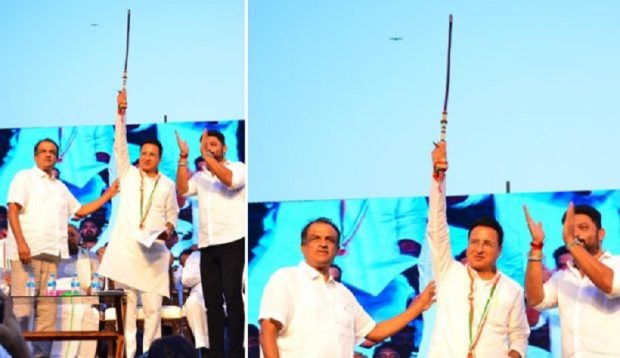 Mangaluru: KPCC President D K Shivakumar expressed said that the Congress party will come to power again in the state and the promises made to the people will be fulfilled within a month of coming to power.

He was addressing the public convention organized on Sunday at the Karavali Utsav ground here as part of the Congress Prajadhwani Yatra.

The BJP government in Karnataka has been infamously dubbed as a 40 percent commission government. People are saying that they cannot get any work done in any office without giving a commission, he alleged.

Further, he accused the BJP of not fulfilling its earlier poll promises. BJP government’s promise of a ‘clean government’ has turned into a hoax and after coming to power through ‘Operation Kamala’, the government has failed to deliver its promises, he said.

Its time for those who sow communal hatred to answer: Surjewala

AICC general Secretary Randeep Singh Surjewala accused the ruling dispensation of sowing seeds of communal hatred along the coastal region. People have been intoxicated on the propaganda of Hindutva. There is no mention of the word Hindutva anywhere in the Upanishads, Vedas, or the Bhagavadgita he said and alleged that the “Hindutva noise” originated in RSS headquarters.

Surjewala alleged that BJP’s thinking and actions are full of ego and self-interest. None of the promises made by the BJP leaders during the elections have been fulfilled. Time has come to uproot the BJP, he said.