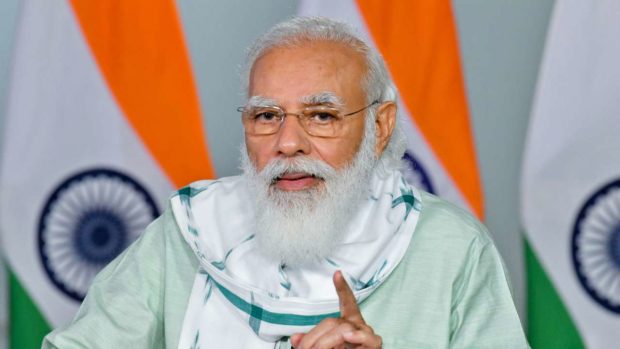 Amritsar: Prime Minister Narendra Modi on Saturday virtually inaugurated the renovated complex of Jallianwala Bagh memorial.
A wreath-laying ceremony was held and a two-minute silence observed in the memory of martyrs of the Jallianwala massacre.

Museum galleries have been developed at the memorial and the event showcased multiple development initiatives taken by the government to upgrade the complex.

A sound and light show has been set up to display the events that happened on April 13, 1919 when the British forces fired indiscriminately on a large and peaceful gathering of protesters, killing over 1,000 people and wounding hundreds of them.

Four museum galleries have been created through adaptive reuse of redundant and underutilised buildings.

They showcase the historical value of events that unfolded in Punjab during that period, with the fusion of audio-visual technology, including projection mapping and 3D representation, as well as art and sculptural installations.

Night curfew in Kerala from next week, says Vijayan
Procure tomatoes, Centre will help with losses: Union minister to Maha