Kochi/Thiruvananthapuram: Amid tight security, thousands of devotees offered prayers at the Lord Ayyappa temple when it opened for the annual Mandala-Makaravilakku puja on Saturday, though police said 10 women were sent back from Pamba base as they were in the “barred” age group.

The temple has reopened just days after a five-judge bench of the Supreme Court referred to a larger bench the matter related to entry of women into the hill temple and other issues related to various faiths.

The state and temple precincts had witnessed protests by right wing outfits and BJP workers last year after the LDF government had decided to implement the Supreme courts verdict of September 28, 2018 allowing women of all age groups to offer prayers at the shrine.

Though the apex court did not stay its earlier order allowing entry of women in the Lord Ayyappa temple, the LDF government in Kerala this time said the shrine is not a ground for activism and made it clear that it would not encourage women who want to visit the temple for publicity.

Police on Saturday evening said at least 10 women, who were part of a 30-member group from Vijayawada in Andhra Pradesh, were sent back from Pamba, five km from the shrine, as they were found to be in the age group of 10-50 years. Females in this age group have traditionally been barred from praying at the temple

“We checked their identity cards and found that they were in the barred age group and informed them about the current situation in Sabarimala. They did not proceed further,” a police official said.

Early this year, two women in the barred age group– Bindhu and Kanakadurga–had trekked the holy hills and offered prayers at the shrine, scripting history on January 2.

However, Devaswom Minister Kadakampally Surendran has said those who want to visit the temple can procure a court order to enter the temple.

At five pm on Saturday, Kandararu Mahesh Mohanararu opened the sanctum sanctorum of the temple, located in a reserve forest of the Western Ghats in Pathanamthitta district of the state, and performed the pooja.

The devotees from Kerala, Tamil Nadu, and other neighbouring states, who were allowed to trek the hill from 2 pm, climbed the sacred 18 steps to the temple with the “irumudikettu” (sacred bag containing the offerings to the Lord) after the priests performed the “padipooja”.

While A K Sudheer Namboodiri took charge as Sabarimala melshanti (chief priest), M.S. Parameswaran Namboodiri who was to take charge as priest of the Malikappuram Devi Temple could not do so following a death in his family.

He is likely to take charge by November 23, according to officials.

The Devaswom board, which manages the temples in the state, has made elaborate arrangements to provide maximum amenities to the devotees.

The unprecedented floods during August last year had played havoc with the pilgrimage season with most of the facilities for the devotees being destroyed.

Resting places for the devotees at Nilackal, Pamba and Sannidhanam have already been set up along with medical, water and toilet facilities.

Over 10,000 police personnel would be posted in phases in and around the Lord Ayyappa temple for security purposes during the pilgrimage season.

The temple, which is located deep inside the Periyar Tiger Reserve, is opened for worship only during the days of Mandalapooja, Makaravilakku and Vishu festivals.

It is also opened during the first five days of every Malayalam month.

During this pilgrimage season, the temple will be open till December 27 for the Mandalapooja after which it will be closed for three days.

The shrine will reopen on December 30 for the Makaravilakku festival after which it will close on January 20.

A five-judge bench headed by Chief Justice of India Ranjan Gogoi on Thursday said a larger bench will re-examine various religious issues, including the entry of women into the hill temple and mosques and the practice of female genital mutilation in the Dawoodi Bohra community.

By a 3:2 verdict, it decided to keep pending the pleas seeking a review of its decision regarding the entry of women into the shrine, and said restrictions on women in religious places was not restricted to Sabarimala alone and was prevalent in other religions as well.

The temple, dedicated to Lord Ayyappa, is situated on a hilltop about 4,000 ft above sea level.

Meanwhile, Renaissance Protection committee, an LDF initiative, lashed out at the Left government, saying it had gone “soft” on its stand on women entry issue and this will only help “weaken” the cause. 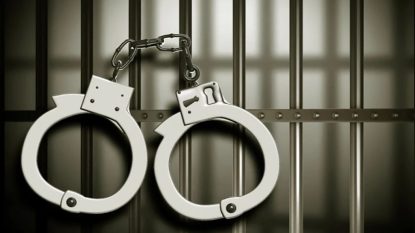