New Delhi: The movement of farmers with several demands completes a year on Friday with protesters in large numbers gathering at Delhi’s borders to mark the occasion.

Delhi Police on Thursday said security arrangements had been beefed up at various border points of the national capital.

A number of events have been planned across the country to mark the completion of a year of the movement.

The farmers have been camping at three border points of Delhi – Singhu, Tikri and Ghazipur – for the last one year. The movement against three new farm laws of the Centre began with a ‘Dilli Chalo’ programme on November 26-27 last year.

The Centre has recently announced its decision to repeal the three farm laws.

In a statement, the Samyukt Kisan Morcha (SKM), an umbrella body of over 40 farm unions that is spearheading the protest, said, “The fact that such a long struggle has to continue is a clear reflection of the insensitivity and arrogance of the government towards its toiling citizens.”

“Over the course of 12 months of one of the largest and longest protest movements across the world and in history, crores of people took part in the movement, which spread to every state, every district and every village of India. Apart from the government’s decision and cabinet ratification of a repeal of the three anti-farmer laws, the movement achieved several victories for the farmers, common citizens and the nation at large,” it added.

The SKM said the repeal of the three laws is the first major victory of the movement and it is awaiting the fulfilment of the remaining legitimate demands of the protesting farmers.

“On the call of the Samyukt Kisan Morcha to mark one year of the historic farm movement with massive protests at Delhi, morchas at the capitals and district headquarters of distant states, farmers and workers are responding in huge numbers.

“Thousands of farmers have started arriving at various protest sites in Delhi. In states which are far away from Delhi, preparations are under way to mark the event with rallies, dharnas and other programmes,” it said.

In Karnataka, farmers will block major highways. In Tamil Nadu, Bihar and Madhya Pradesh, protests will be jointly organised with trade unions at all the district headquarters.

Tractor rallies will be taken out in Raipur and Ranchi. In West Bengal, rallies have been planned in Kolkata as well as in the districts. There will also be solidarity actions from across the globe from Friday onwards.

So far, at least 683 farmers had sacrificed their lives during the year-long movement, the SKM said.

The morcha had written an open letter to Prime Minister Narendra Modi on Sunday, saying the Centre should announce compensation and rehabilitation for the families of the farmers who died during the movement, and allocate land at the Singhu protest site of the farmers to build a memorial in their name.

A meeting of the SKM will be held at the Singhu border on Saturday, where the protesting farm unions will take a call on the future course of action.

According to the police, security has been tightened with additional deployment of paramilitary forces, along with Delhi Police personnel, at the places where the agitating farmers are on a sit-in.

Special Commissioner of Police (Law and Order Division Zone – 1) Dependra Pathak said, “Adequate security deployment has been made and there will be close supervision by senior police officers on the ground. We are using professional policing to avoid any untoward incident.”

A meeting was held with the farmer leaders in this regard on Thursday, the police said.

“We are also talking to the farmers and persuading them to cooperate with us,” Pathak added.

BJP will never topple govt, it will come to power in Rajasthan with strong mandate in 2023: Shah 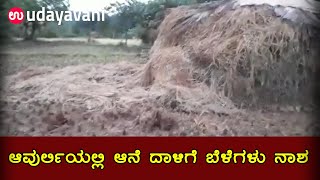