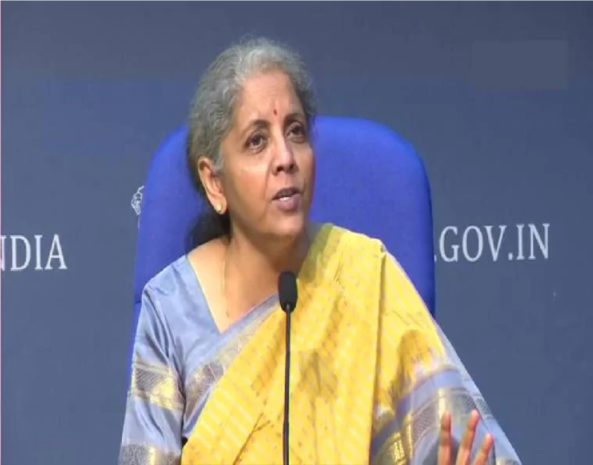 Chief Minister Biplab Kumar Deb in a tweet said Sitharaman was impressed by the efforts taken by the state government to improve the agrarian economy.

A tweet from the office of the union minister said Tripura Government is reviving the once populat Agar plantation through ‘Ghar Ghar Agar, Har Ghar Agar’ campaign.

A separate tweet from the official handle of the Sitharaman’s office said, “Tripura capital Agartala derives its name from the Agar trees. Agarwood, famous for its fragrance and incense-based products and byproducts, has a current global market estimated to be in the range of USD 6-8 million.”

Deb tweeted, “Visited the Agar Plantation at Hathipara Forest complex with hon’ble FM @nsitharaman Ji. The union minister was impressed by the efforts taken by the state government to improve the agrarian economy.”

During Sitharaman’s visit to the plantation Tripura principal chief conservator of forest (PCCF) D K Sharma briefed her about the potential of growing Agar in Tripura.

Forest officials said there area over 50 lakh Agar trees at present in Tripura and the government is expecting Rs 2000 crore business from them in the next two years.

To exploit the economic potential of Agar, the state government has recently launched ‘Tripura Agar Wood Policy 2021” wherein by 2025 the area under Agarwood plantation is proposed to be doubled. The policy also includes setting up of testing laboratories, trade centres and introductions of technology for artificial inoculation.