With Nehru Maidan out of bounds, Muslim Central Committee to hold anti-CAA protest at Adyar 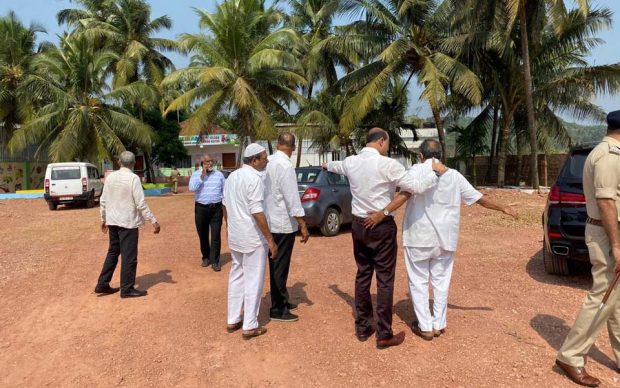 Mangaluru: After Mangaluru police denied permission to hold a massive protest against the Citizenship Amendment Act (CAA) and National Register of Citizens (NRC) at Nehru Maidan in the city, Muslim Central Committee Dakshina Kannada and Udupi District on Monday has decided to shift the protest venue to Adyar-Kannur.

It may be recalled that the Muslim Central Committee had sought permission to hold a peaceful protest against CAA and NRC at Nehru Maidan on January 4. However, the police had denied permission stating that Nehru Maidan was not suitable for being considered as a venue for protest for massive gatherings after assessment of law and order/traffic issues and had appealed to the Committee that permission may be considered if they provide an alternative proposal of venue.

While the date of the protest is likely to be finalised during Muslim Central Committee’s meeting today (Tuesday), leaders of the Committee along with and ACP Kodandarama of Mangaluru south subdivision with Inspector Amanullah on Monday, January 6 visited the Adyar-Kannur venue for an inspection.