The CERT-In is the national technology arm to combat cyber attacks and guarding the Indian cyber space.

“Multiple vulnerabilities have been reported in WhatsApp applications which could allow a remote attacker to execute arbitrary code or access sensitive information on a targeted system,” the advisory said.

Describing the risk in detail, it said that these vulnerabilities “exist in WhatsApp applications due to a cache configuration issue and missing bounds check within the audio decoding pipeline.”

“Successful exploitation of these vulnerabilities could allow the attacker to execute arbitrary code or access sensitive information on a targeted system,” it said.

The advisory added that users of the app (application) should update the latest version of WhatsApp from Google Play store or iOS App Store to counter the vulnerability threat.

BJP urges EC to scan ”Mamata audio clip” on rally with Cooch Behar victims” bodies
COVID has hit with fury; despite a year to prepare, we were caught off guard again: Sonia Gandhi 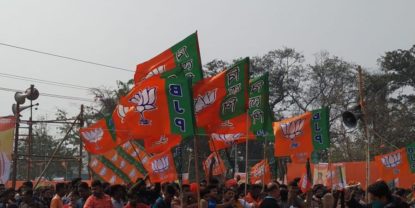 Sony warns that PS5 will remain in short supply till 2022