Bantwal: A police raid busted a marijuana smuggling network on Tuesday, August 11. In the raid, the police caught three smugglers while they were moving the packages worth Rs 17.5 lakhs at Patrodi near Kedil village in the taluk here.

At about 6:30 in the morning, police inspectors, sub-inspectors and other staff from the Puttur Town Police Station raided the spot. They caught a pickup and a car carrying approximately 175 kilograms of marijuana. 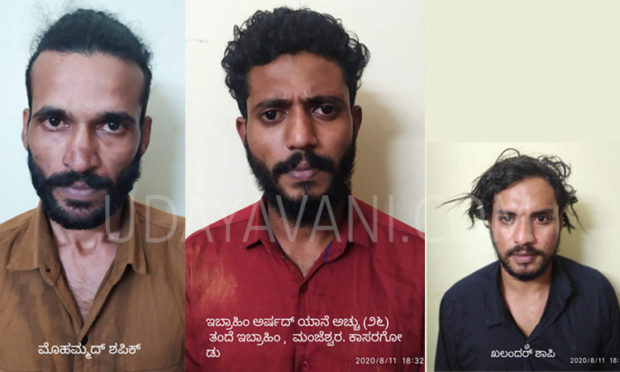 A case has been registered against the trio under Section 8(C) read with 20(b)(ii)C of the Narcotic Drugs and Psychotropic Substances Act, 1985.