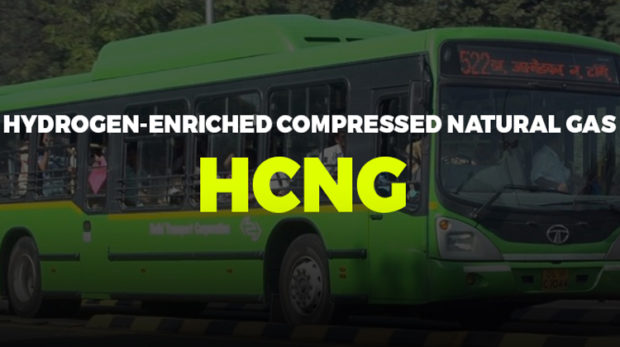 The government has come up with a plan to have a very large fleet of buses running on compressed natural gas blended with hydrogen (HCNG). This decision comes in order to promote the use of hydrogen as a transportation fuel.

Presently, there are 50 buses of the state road transport corporation plying on HCNG on a pilot basis in Delhi.

In a recent event, Union Minister of petroleum and natural gas (MoPNG) Dharmendra Pradhan said that the government was planning to scale the project up in the coming months across major cities of India.

It is not clear yet if the government will purchase HCNG buses or promote the use and purchase of such vehicles via policy interventions and incentives or do both.

Pradhan further added that they are looking forward to introducing HCNG as an intermittent technology in a big way or both automotive and domestic cooking applications.

SSV Ramakumar, Director of research and development at Indian Oil Corporation (IOCL), informed that the company would be running about 75 hydrogen fuel-cell (HFC) powered buses on iconic routes such as Vadodara to Statue of Unity and Delhi to Agra.

He further informed that state-run power generator NTPC is already working on a project to promote HFC buses in Leh and Delhi-Jaipur routes.

Sunil Kumar, joint secretary at the ministry of petroleum and natural gas asserted that HCNG trials have shown very interesting and promising results in the test runs and that other oiling companies in India are also planning to replicate this at some fuel stations.

By linking with natural gas, hydrogen could be easily adopted in the energy mix without seeking a major overhaul of the existing infrastructure. Pradhan claimed that hydrogen could also be aligned with the other government schemes which promote waste-to-energy initiatives.

Currently, the country consumes about 5-6 million tonnes of hydrogen annually.

In order to create a hydrogen value-chain in the country and bring down the costs of hydrogen production, the government is charting the ‘National Hydrogen Energy Mission.’