New Delhi: The Tihar Jail authorities will move the Patiala House Court on Saturday for fixing the date of execution of all four convicts in the Nirbhaya gang-rape and murder case, officials said.

“In view of rejection of mercy petition of Vinay Kumar Sharma by the President, the Tihar Jail is approaching the Patiala House Court for fixing the date of execution in respect of all the four convicts,” Director General (Prison) Sandeep Goel said.

The convicts — Mukesh Kumar Singh (32), Pawan Gupta (25), Vinay Kumar Sharma (26) and Akshay Kumar (31) — who are lodged in Tihar jail, were ordered to be hanged on February 1 at 6 am but a Delhi court postponed their execution indefinitely.

With Advocate A P Singh, the counsel for Pawan, Vinay and Akshay contending that their legal remedies were yet to be exhausted, the hanging date remains uncertain.

As of now, Mukesh has exhausted all his legal remedies including the clemency plea which was dismissed by President Ram Nath Kovind on January 17 and the appeal against the rejection was thrown out by the Supreme Court on January 29.

The curative petitions of Vinay Kumar Sharma and Akshay have been rejected by the apex court.

On Saturday, Akshay filed a mercy plea before the President, the Tihar Jail officials said.

Earlier in the day, the President rejected the mercy plea of Vinay.

Convicts have the option of moving a mercy petition before the President only after the apex court dismisses their curative plea. A curative petition is the last legal remedy available to a convict.

On Friday, the Supreme Court dismissed Pawan’s plea seeking review of the decision by which his application claiming to be a juvenile at the time of the commission of offence was rejected.

A 23-year-old physiotherapy intern who came to be known as “Nirbhaya” (the fearless one) was gangraped and savagely assaulted on the night of December 16, 2012, in a moving bus in South Delhi.

She died of her injuries a fortnight later in a Singapore hospital.

Villagers dress up as bears to shoo away monkeys
No strategic idea, anything concrete in Union Budget: Rahul Gandhi 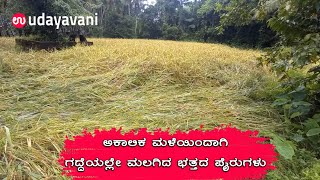