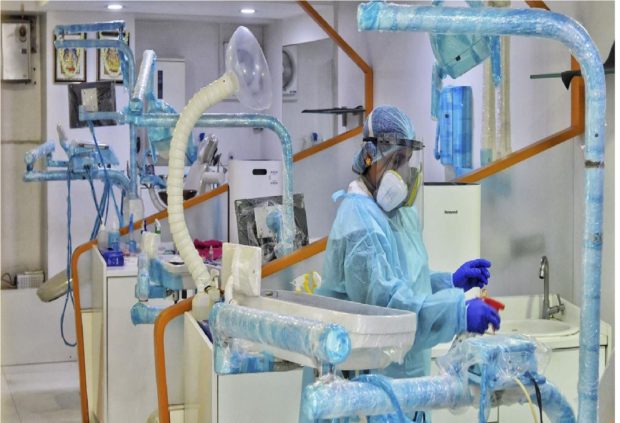 New Delhi: The Supreme Court-appointed National Task Force (NTF) of top medical experts said that it does recognize the “hard work and efforts” made by the Centre and the “proactive steps” taken by it on oxygen management during the first wave of the COVID-19 last year.

The 12-member panel constituted on May 6 came out with its first report of 163-page in which it appreciated the Centre for management of the pandemic of the present magnitude and said that many of its recommendations were already under implementation and work on others has also already commenced.

The report said the Centre facilitated steps to enhance the availability of liquid oxygen and storage capacity of liquid medical oxygen (LMO) and States were supported for establishment of PSA Oxygen generation plants, many of which will be commissioned by June end.

The panel said National Health Authority (NHA) is currently developing an Oxygen Demand Aggregation System (ODAS) to ascertain demand for medical oxygen from all medical facilities based on bed availability and occupancy, and aggregating them at the state level.

“The members do recognize the hard work and efforts made by the Government in the management of the pandemic of the present magnitude. The members of the NTF appreciate that many of their recommendations were already under implementation and work on others has also already commenced,” it said.

It said the action taken during the first wave of the pandemic last year helped to quickly put in place the mechanisms for enhanced production of LMO this year in April 2021 when the demand for LMO saw a sudden spike, touching an average of 5500 MTs a day by the third week of April 2021, and rapidly increasing to a daily average consumption of 7100 MT in the fourth week of April 2021 and further increased to the highest consumption level of 8943 MTs a day on 9th May 2021.

The report said during the first wave, Centre had facilitated steps to enhance the availability of liquid oxygen, as well as, storage capacity of liquid medical oxygen (LMO) in hospitals and by way of cylinders.

“With respect to Oxygen management for COVID-19, a series of proactive steps were taken by Government of India last year, since March/April 2020, when the first wave of the pandemic hit the country. The demand for medical oxygen went up in the country last year, reaching a high on 3095 MTs on September 29, 2020, after which a decline in cases and in demand for oxygen was witnessed,” it said.

It said industrial oxygen cylinders were allowed to be used for medical purposes as per a well-defined Standard Operating Procedure, new cryogenic liquid medical oxygen (LMO) tanks were installed in hospitals across the country and manufacturing and procurement of lakhs of oxygen cylinders was facilitated.

“The action taken during the first wave of the pandemic last year helped to quickly put in place the mechanisms for enhanced production with manufacturers in private sector, enhancing the production and utilization of oxygen available with the Steel plants including in their storage…”, the report said giving details how the average consumption of LMO increased during the second wave.

It said, “as such, the action taken on issues related to medical oxygen management during COVID-19 includes the actions that were taken during last year while handling the first wave of COVID-19, while some others were initiated based on learnings from the first wave”.

The panel said by minimizing use of gaseous oxygen by the steel plants and minimising production of other liquid products (Argon and Nitrogen) which are also required for manufacturing steel, the production of liquid oxygen has been enhanced to a maximum technical limit and has resulted in immediate enhancement of LMO production/ capacity.

It said that apart from the current generation of LMO, the steel sector has made available the liquid oxygen available in its storage tanks for medical use.

“Further, the safety stocks in the storage tanks of liquid oxygen at all locations have been brought down to 0.5 days from 3.5 days previously, in order to make available additional LMO. This was decided in April 2021”, it said.

On NHA currently developing an ODAS, the report said

“at least, 10 states such as Kerala, Punjab, Karnataka, Assam, Chhattisgarh, Delhi, Meghalaya, etc. have developed their own portals for ascertaining oxygen demand from hospitals on daily basis. ODAS would connect to such state portals and also provide services for connecting with hospitals wherever state portals are not available.”

It said an Oxygen Digital Tracking System (ODTS) to track the daily allocations of oxygen, their dispatch and deliveries, including movement of oxygen tankers dispatched, delivered, as well as tankers in transit has been developed and put in place by Centre on May 1, 2021 and hospitals located in remote areas need to have own oxygen generation system to reduce dependence on external supply sources.

“As such, Government of India is supporting the States for establishment of PSA Oxygen generation plants”, it said.