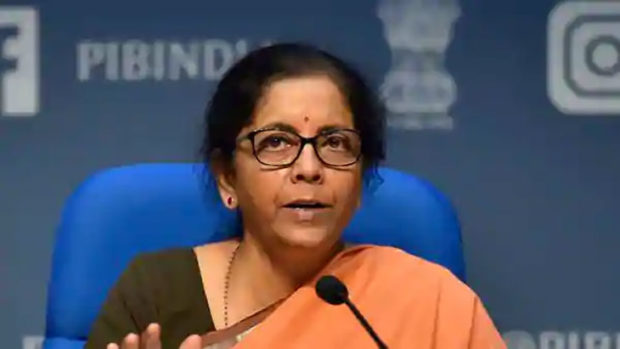 New Delhi: Finance Minister Nirmala Sitharaman on Tuesday said the stock markets have received the Union Budget 2021-22 with “positivity” with an 11 per cent increase in equity indices over the past week.

She said the Budget, which was presented in Parliament on February 1, has set the tone for greater play of the private sector, gave space for entrepreneurship, has come clean on the spending intent and unveiled a policy highlighting areas the government wants to stay away from.

“We have now come over to the 10th day after the Budget was read out. Markets for the first time, I understand, have completely for a whole full week kept the pace up with a sense of positivity.

“Now I understand all aspects of the market have received the Budget with positivity. They have kept the spirit up for whole week, and its not just 1-2 per cent increase in performance. I understand it’s a 11 per cent increase. So both Sensex and Nifty are indicating that,” Sitharaman said in her post-Budget address to the Indian Chamber of Commerce (ICC).

She said the government has taken steps to instill confidence in taxpayers, adding that better compliance would help widen the tax base.

However, it has not put any additional burden on taxpayers by way of increasing taxes to fund the stimulus, Sitharaman said.

The government trusts its taxpayers and has adopted a distinctly agnostic approach by using technology in assessment and appeal cases, she noted.

“We are simultaneously underlining the fact that trust of the taxpayer with better compliances, simplification of processes and also making sure that we are not expecting to build the stimulus on the backs of the taxpayers, asking him to take the load by even putting a little burden on his shoulders.

“We are staying away from burdening the taxpayer any further, while simultaneously easing compliance, record keeping,” Sitharaman added.

The minister said the time bar for reopening of past assessments has been cut down to three years in the Budget, from six years earlier, because the intent of the tax department is not to bother a regular taxpayer.

“A step which the entire CBDT (Central Board of Direct Taxes) and CBIC (Central Board of Indirect Taxes and Customs) would normally hesitantly say yes to…we will collapse the time for keeping the books open, keeping the option of opening assessee’s account which was originally 6 years they have readily agreed for 3 years, because the intent is not to bother a regular taxpayer even if he has some small facts which are overlooked here and there.

“So there are steps like this to instill confidence in taxpayer so that gradually better compliance will widen the tax base,” she said.